BNS
aA
Prime Minister Saulius Skvernelis says that Lithuania does not need to review its attitude toward Lithuanians' role during the Holocaust. 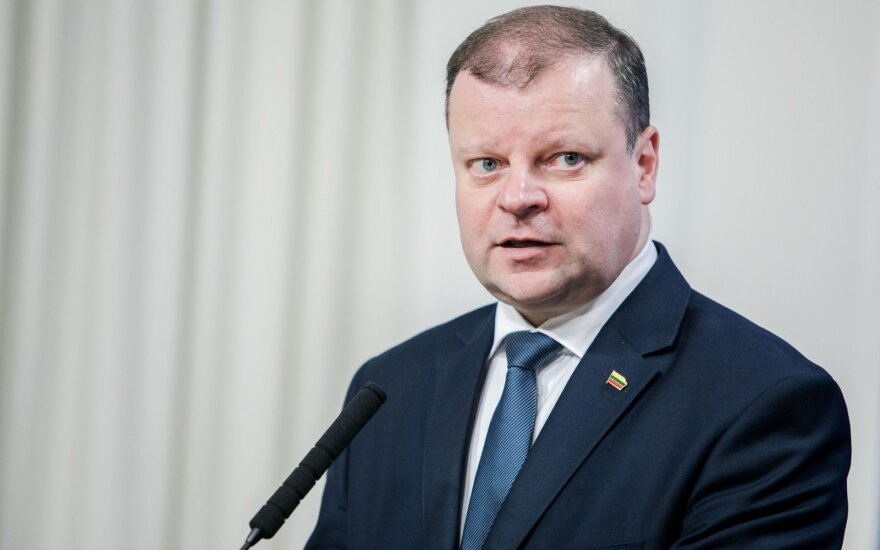 "We have nothing to review. We have made all the steps as a state and we continue to have an excellent dialogue with the Lithuanian Jewish community and with the global (Jewish) community," Skvernelis told the Žinių Radijas radio station on Thursday.

"We are not saying that no discussion is needed on these painful issues that do exist. Such discussions are taking place in the government and representatives of the (Jewish) community come (to take part in these discussions). Thus, there is nothing to be reviewed," he said.

According to the prime minister, Lithuania, as a state, has done everything to ensure good relations between the state and the Jewish community.

The EJC, led by Russian businessman Moshe Kantor, issued the statement in defense of Rūta Vanagaitė, an author and a public relations specialist who has recently come under heavy criticism over her remarks about Adolfas Ramanauskas-Vanagas, a Lithuanian anti-Soviet resistance commander.

The EJC said that Vanagaitė "should be praised instead of being attacked".

Vanagaite said last week that, based on KGB documents, Ramanauskas-Vanagas "is no hero". According to her, the partisan commander was not tortured by the Soviets and he possibly collaborated with the KGB.

The writer and her partner, Efraim Zuroff of the Simon Wiesenthal Center, have also made comments about Ramanauskas-Vanagas' alleged role in the Holocaust.

The Lithuanian Jewish Community (LJC) has dissociated itself from publicly made allegations about the anti-Soviet resistance commander's possible role in Holocaust crimes.

"Lithuanian Jewish Community at this time has no reliable, historical documentary-based evidence confirming the allegations against Ramanauskas-Vanagas in connection with the Lithuanian Jewish Holocaust," the LJC said in a statement.

There is a unanimous consensus among Lithuanian historians that Ramanauskas-Vanagas was brutally tortured by Soviet officials for his role in the Lithuanian resistance fight and that there is no evidence suggesting his involvement in the Holocaust.

Alma Littera, the publisher of a number of books by Vanagaite, described the writer's allegations against Ramanauskas-Vanagas as unacceptable and ended cooperation with her.

Lithuanian Jewish Community dissociates itself from allegations against partisan leader

The Lithuanian Jewish Community (LJC) has dissociated itself from publicly made allegations that...

Jurist proposes how to defend the memory of A. Ramanauskas-Vanagas