BNS
aA
Public figures in Lithuania plan to bring 10,000 people to form a live chain to mark the anniversary of the Baltic Way. 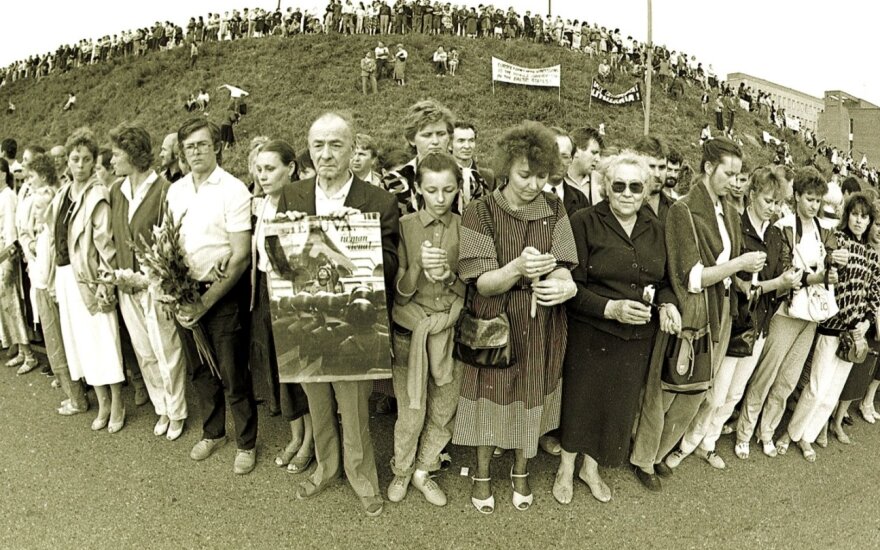 Ignas Brazauskas, the man behind the idea and one of the organizers, says there's a plan to hold such commemorations every five years to create a new tradition and eventually repeat the impressive human chain of people in all three Baltic states on the 50th anniversary of the Baltic Way in 2039.

"Around half a million Lithuanians or even more took part in the Baltic Way. To repeat that, people who would do that every five years would know about this and it will definitely happen in 20 years," Brazauskas, board chairman at public establishment Mes Darom, told BNS Lithuania.

The first Baltic Way chain is planned on Aug. 23 from the Cathedral Square in central Vilnius until the sign of the city of Vilnius on the Vilnius-Ukmerge road, 10 km in total.

"10,000 seem like a hardly achievable limit for us yet," Brazauskas said.

In his words, similar rehearsals, though smaller scale, will also take place in Latvia and Estonia and the local Lithuanian communities are interested in them.

The Baltic Way was a peaceful political demonstration on 23 August, 1989 when some two million people joined their hands to form a human chain spanning across the three Baltic states – Estonia, Latvia, and Lithuania, to mark the 50th anniversary of the Molotov-Ribbentrop Pact which divided Europe and led to the occupation of the Baltic states.

The Baltic Way is on the UNESCO Register Memory of the World.

Public to get access to Baltic organization BATUN's archives

The archives of the Baltic Appeal to the United Nations (BATUN), a Baltic emigrant organization,...

Vilnius-Kaunas road to be transformed into highway

The Vilnius-Kaunas road is to be transformed into a highway , Lithuania's Road Administration said.