(8)
aA
The Lithuanian government has decided to reintroduce military conscription this year, after which the Ministry of National Defence compiled a list of almost 37,000 eligible young men who might be drafted for the military service this year. This has sparked much controversy and a heated debate in the Lithuanian public. 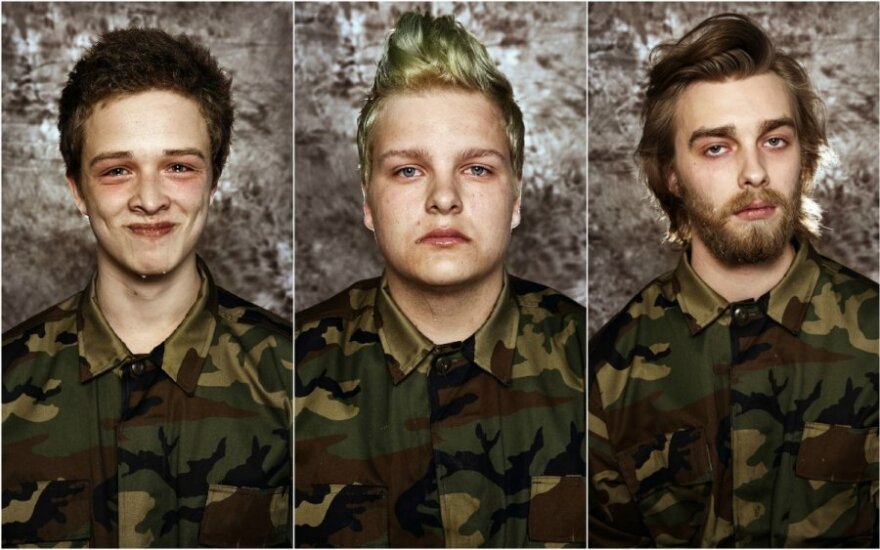 Reacting to some of the arguments flown around in the conscription debate, actor and TV host Beata Tiškevič-Hasanova and photographer Neringa Rekašiūtė started a photography project titled "They Won the Lottery", taking photos of some of the men who were, or could have been, included into the list of possible conscripts.

"We wanted to show the other side, to give a voice not to the dominant position, which sings praises to the army and sustain archaic notions of masculinity, but to the one questioning it. There has been much comment on the issue, asserting that 'If you don't go to the army, you're a sissy, a coward, in short, you are not a man'. So we were wondering - what is a man?" Tiškevič-Hasanova presents the project.

According to her, many of the assumptions behind the conscription debate relate to archaic and rotten gender stereotypes that have no place in modern society.

"Subservience to gender stereotypes is one of the roots of our society's problems. Women are described as docile, weak, vulnerable, subject to dominant beauty standards, the need to maintain sexual appeal even during pregnancy, they must serve their husbands and family, push their own interests and goals to the side, thus occupying a position in the shadows and often falling victims to psychological or even physical violence. In order to meet dominant standards of looks, they sometimes do harm to their health and even succumb to eating disorders.

"Meanwhile masculinity means hiding one's emotions, physical prowess, rationality, often aggression, brutality and, in the discussions about the army, ability to kill. These characteristics ensure that men, denied the possibility to express their feelings and emotions, often resort to violence against people close to them, alcohol and sometimes even suicide. Moreover, these stereotypes promote discrimination and bullying against men who do not fit them.

"Women were allowed to vote only at the beginning of the last century, and now we have a female president in Lithuania. More and more fathers choose to go on paternity leave. This century is great in that there is less pressure to submit to archaic demands put on men and women, we are more free to choose our roles in the society, irrespective of our biological sex.

"However, when it comes to military conscription, we are thrown several centuries back. We are reminded of men as animals, as males whose job is to go to the forest and hunt down a bison. And those who do not wish to go to the forest to hunt bisons are dismissed as 'not men'.

Together with Neringa Rekašiūtė, we took 14 portraits of different men and wrote down their thoughts about masculinity and conscription. We do realize that the system, established stereotypes and convictions care little about the individual and his or her thoughts, but they are necessary conditions of civil society: plurality of opinion, listening to different positions and respect for opinions and choices of the other.

"Why are these men crying, you shall ask? Why shouldn't they? We want to stress that sensitivity, tenderness, emotionality, pacifism are qualities that equally apply to men and women. People cannot be judged for having these qualities or for having an opinion and a choice," Tiškevič-Hasanova claims.