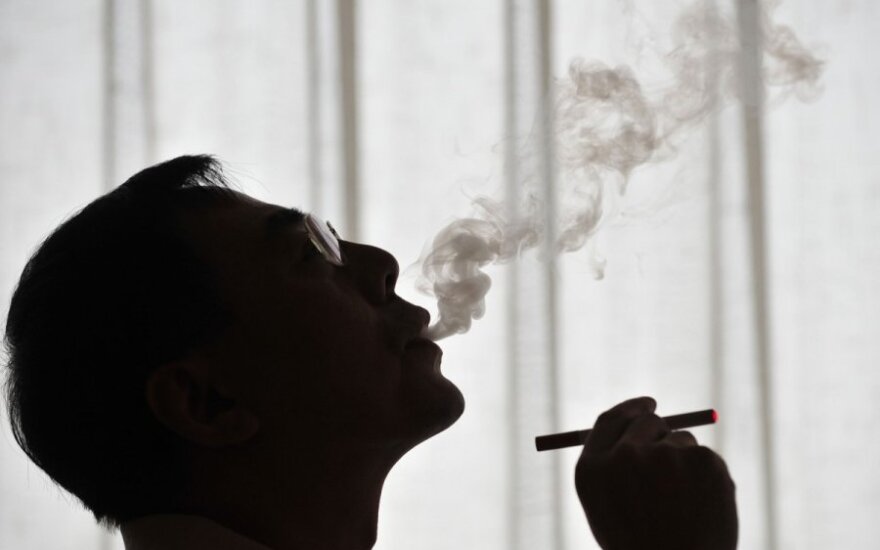 Lithuania's Drug, Tobacco and Alcohol Control Department has made a preliminary conclusion that the devise should be subject to the same advertising restrictions as tobacco products, but it will adopt its final decision after hearing explanations from the producer.

Jurgis Kazlauskas, head of the Tobacco and Alcohol Control Division at the department, told BNS that "certain actions in advertising the device are regarded as possible hidden advertising of tobacco products".

"Based on reports received, an investigation was conducted and a possible violation of the law was recorded. The case will be examined and it will be decided after hearing the arguments from the other side if the law was violated," he said.

The official said that the regulator was expected to hear the matter within a month.

Philip Morris says that it did not violate the law, but gives no further comment on the investigation.

"We are aware of the investigation launched by the Drug, Tobacco and Alcohol Control Department. As the procedures are not over yet, we prefer not to comment," Kęstutis Straigis, head of corporate affairs for Lithuania at Philip Morris Baltic, told BNS.

"However, we believe that our activities comply with the existing legislation and we expect to take the opportunity to present our explanations and view to the department (...) in the near future," he added.

Reuters was the first to report on Wednesday that Philip Morris might have breached Lithuania's advertising rules.

"Although the tobacco giant only risks a fine of up to 2,896 euros ($3,560) if it is found guilty of breaching Lithuanian advertising law, the case could have far-reaching consequences if it prompts regulators elsewhere to follow suit," the new agency said.

"The Lithuanian watchdog is challenging Philip Morris International Inc's assertion that its IQOS device is an electronic product, and so should not be regulated like tobacco," it said.

Ten US senators earlier this month called on the US Food and Drug Administration (FDA) to reject Philip Morris' application to market the IQOS as less risky than cigarettes.

The 2017 growth of the amount of illicit tobacco products in Lithuania was the biggest over the past...

Lithuania's excise duty on diesel fuel will rise next January and a hike in the tax on tobacco...

Lithuanian police have found a large consignment of smuggled cigarettes in a truck driven by a Polish...

Customs seize EUR 10 mln worth of smuggled cigarettes in H1

The average share of smokers of cigarettes in Lithuania is higher than that in the rest of the...