BNS
aA
Some of the members of the Jewish Community in Lithuania on Friday expressed no-confidence in Faina Kukliansky, the leader of the community whom they accused of authoritarian rule and undue use of money earmarked by the state. 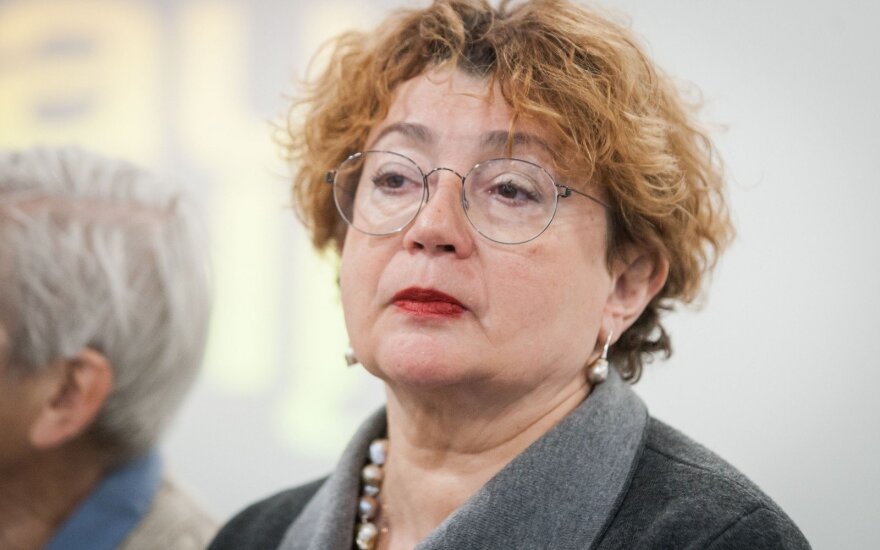 Kukliansky's supporters deny the accusations, saying that the critics are nonconstructive, avoid dialogue and thus damage the image of Jews in Lithuania.

The no-confidence was publicly stated by leaders of the Jewish communities of Vilnius, Klaipėda, Šiauliai and Ukmergė, saying that the communities unite absolute majority of Lithuania's Jews.

"Instead of a well-respected defender of the interests of Jews of Lithuania, she became a classic dictator using her power for the benefit of her own and her closest circle," say the authors of the statement.

They demand Kukliansky's resignation and a new election.

According to the statement, persons loyal to the community's leadership are motivated with the money from the Good Will Foundation, while the Vilnius Jewish Community is barred from governing of the Lithuanian community.

Renaldas Vaisbrodas, executive director of the Jewish Community of Lithuania, expressed regret over "chairpersons of regional communities failing to see the forest through the trees and choosing loud headlines and calls for resignation instead of consistent efforts to ensure a dialogue that would benefit the community."

"Unfortunately, the disagreements that emerge have to be solved through court, however, the Jewish Community of Lithuania remains open for a peaceful agreement that would benefit the community," Vaisbrodas told BNS.

The Jewish Community of Lithuania and other Jewish organizations administer the money earmarked from the Lithuanian budget via the Good Will Foundation, which is intended to compensate for the communal real estate appropriated by totalitarian regimes. In 2011, Lithuania committed itself to pay out 37 million euros within a decade.

According to the data of the latest census of 2011, around 3,000 Jews reside in Lithuania.

As the Lithuanian parliament readies to discuss ways of marking the Year of Jews, Faina Kukliansky ,...

Vilnius and Panevėžys will Friday pay tribute to the memory of victims of the Holocaust , with...

Heritage officials and members of Lithuania's Jewish community note that an increasing number of...