BNS
aA
Defying a one-year suspension imposed by the Lithuanian media watchdog on RTR Planeta, a part of cable TV operators in the country continue to air a different version of the the Russian-language channel. 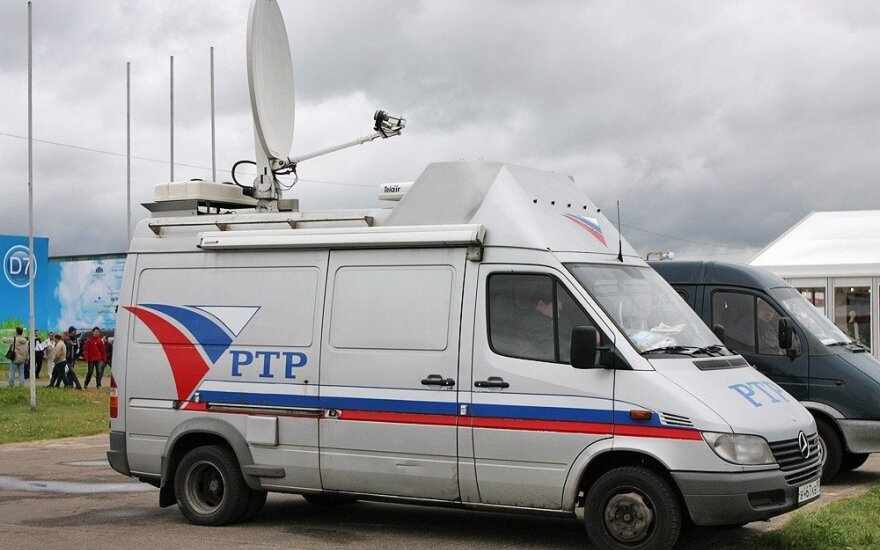 Broadcasters doubt if the ban by the Lithuanian Radio and Television Commission, or LRTK, on Sweden-registered RTR Planeta applies to other versions of the channel.

The LRTK management admit that the sanctions may be partially inoperative due to certain legal nuances.

"Legally, the channel in the Russian Federation differs from that in Swedish. So, it possible that they did not turn it off," Martisius said.

Lithuania's major TV service providers confirmed to BNS that they had taken RTR Planeta off the air on Friday, as ordered by the watchdog.

The Lithuanian Cable Television Association has asked LRTK for explanation.

"We are waiting for the commission's explanation. The question is whether we can rebroadcast another version (of RTR Planeta)," Virginijus Jurgelevičius, CEO of Balticum TV, a member of the association, told BNS.

Paulius Živatkauskas, CEO of the TV service providers Init, also said that the company was considering replacing the banned version of RTR Planeta with its Russia-registered version.

LRTK Chairman Edmundas Vaitekūnas said that in order to avoid such ambiguities, TV service providers would be required to demand that foreign broadcasters state clearly what country their channel is registered in.

The commission imposed the one-year suspension on RTR Planeta last week, saying that three instances of incitement to war and hatred in programs aired on the Russian-language channel had been registered over the past year.

The watchdog said that the restriction applied specifically to the RTR Planeta channel registered in Sweden, a EU member state.

LRTK had previously twice suspended broadcasts by RTR Planeta, in 2015 and 2016, for distributing content inciting to war and hatred.

Lithuania's Radio and Television Commission (LRTK) will Wednesday decide whether broadcasts of the...

Broadcasts by the Russian-language TV channel RTR Planeta in Lithuania may be suspended for between...

Representatives of the Russian television channel RTR Planeta should arrive in Lithuania this week...