Elta EN
In less than three weeks after the Euro Exhibition opened in Vilnius, the number of its visitors has exceeded 10,000. 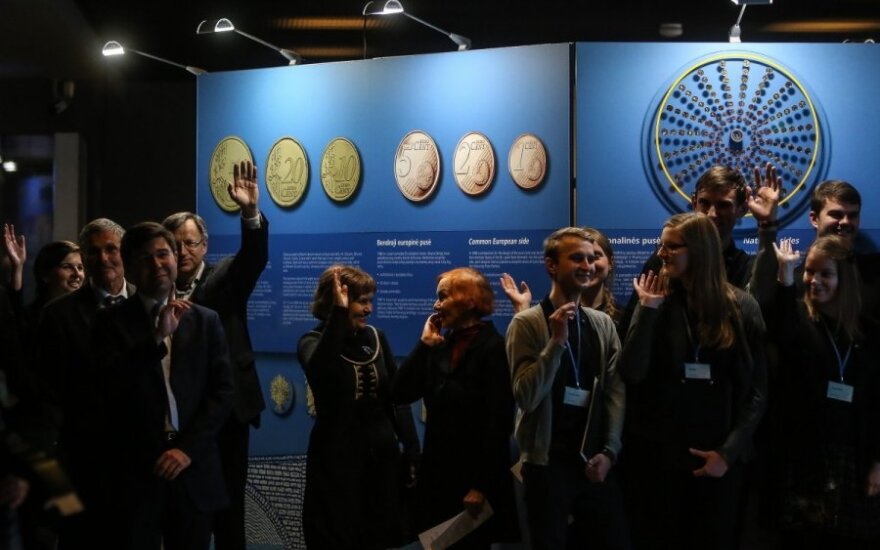 Groups of schoolchildren, employees, pensioners, students and families from all over Lithuania actively register for guided tours, the Bank of Lithuania reports.

"The number of visitors, which is beyond expectations, shows the increasing interest in the future currency. People are attracted by the possibility to actually see, hear and ask, while the Euro Exhibition, which is interactive and free, and has a practical and accommodating team of guides, creates perfect possibilities for that," says Giedrius Simonavičius, director of the Communications Department of the Bank of Lithuania.

Vytautas Brazaitis, a Euro Exhibition guide, tells that visitors are not only interested in the practical aspects of the euro adoption or their design, but the benefits of the new currency for Lithuania as well. Vytautas shares his impressions: "Overall, people feel positive and are especially curious".

Guides were surprised by one six-year old boy, who, after visiting the Exhibition, was able to tell his parents what most euro coins depicted on their national sides. Moreover, some people at the Exhibition want to find out particularly practical things - one female visitor measured with a ruler the euro banknotes displayed on a stand, to decide whether she needed a new purse.

The Euro Exhibition is organised by the European Central Bank, the Bank of Lithuania and the National Museum of the Palace of the Grand Dukes of Lithuania. Since 2008 it has travelled over 15 different cities in 12 European countries. It was already attended by a total of 300,000 visitors.

The Euro Exhibition will be open in Lithuania until 5 January 2015.

All euro banknotes delivered to Lithuania

The third and final shipment of euro banknotes was flown from Germany to Lithuania on Wednesday.