BNS
Oscar-winning French film director Michel Hazanavicius, who has visited Vilnius, says he is grateful to his grandfather for not changing his name after moving to France. 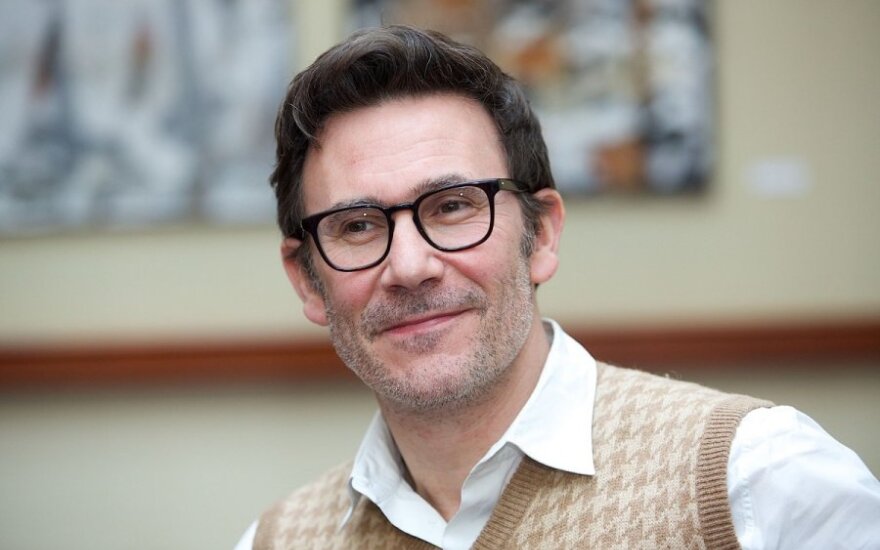 "It's a beautiful name, when you have a chance to have such a special name, you have to preserve, not to change it. I am really happy that my grandfather hadn't changed it and do respect where he was coming from. He didn't care and didn't want to be more French than French," the director said on Wednesday at an international film festival in Vilnius.

In Hazanavicius' words, an unusual name helps to remember it. He said he could not remember his classmate's name a decade after graduation, while the classmate knew his name well.

"Since I was a kid, everybody asked me where I came from, what's that so complicated name, and I say it's from Lithuania. I am so proud to say Lithuania. When I was a kid Lithuania was part of USSR, nobody knew about Lithuania, it was like a fake country," said the director who won a best director Academy Award in 2012 for his silent film The Artist, which went on to win four more Oscars.

On the other hand, he said he identified more with his Jewish roots rather than his Lithuanian roots. His grandfather left Lithuania at the age of 14.