Linas Jegelevičius
aA
Jumping over the traditional Midsummer bonfire and searches of the fern bloom in the modern times is more and more often accompanied with shashliks on the grill, full mugs of beer and powerful firecrackers to wrap up the festival. 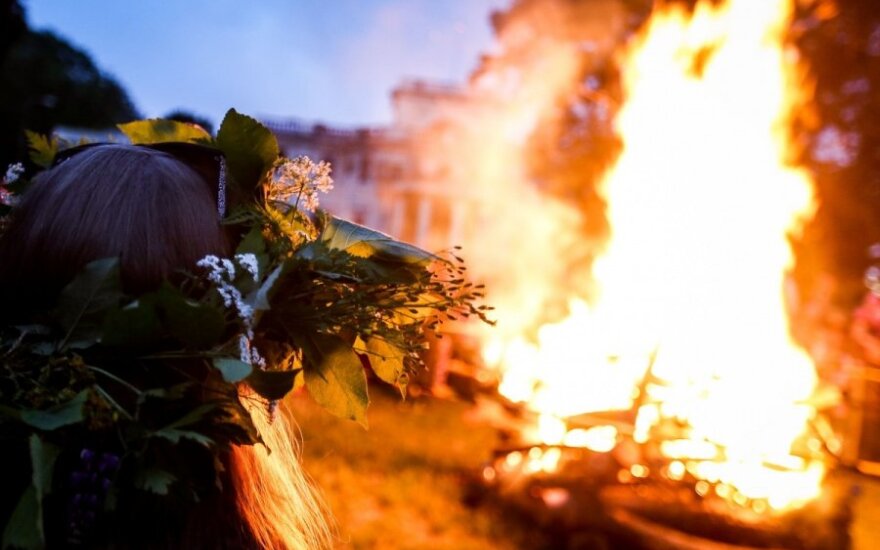 “These kinds of St. John’s Day’s festival novelties do not surprise me anymore. I’d say this has been a logic aftermath of globalization and the development of our modern culture. After the collapse of walls in the 1990s, the people’s consciousness has been strongly hit by the global cultural changes, which perhaps are impossible to withstand with the open borders out there. Though the Midsummer firecrackers might still be seen as manifestations of the old rituals, they definitely have nothing to do with the old farmers’ tradition,” said Arūnas Vaicekauskas, an associate professor at the Ethnology Department of Kaunas’ Vytautas Magnus University. He kindly agreed to answer the Lithuania Tribune‘s questions on the new traditions of St. John’s Day.

Isn’t it upsetting for you to see the festival succumbing to globalization?

It is a harsh reality we have to deal with, and I am not saying it is always bad or good. I’d rather keep cool with new things. Just because they, though appearing to be new, are in fact coming from the past. And on the other hand, some of the festival’s traditions that often seem to have come from old history, in reality have shown up just recently, a couple of dozen years ago.

Some of the St John’s Day traditions, indeed, had significantly changed in the beginning of the 20th century, in the 1970s and at the end of the last century, when St. John’s Day became a bank holiday.

What are the changes that you particularly would like to discern?

I reckon that, first of all, we should speak of the irreversible changes that rural Lithuania has gone through. With the countryside wilting away, traditions are languishing as well.

Unlike the traditional farmer, the urban dweller yearns for a good show, part of which he wants to be himself. That’s why, since the beginning of the 20th century, we started seeing more visualizations of the festival, like floating flower corollas with little candles burning on top of them, rolling burning rings, a symbol of the sun, down the mountain. And when it comes to the festival as it looks today, most people are even hungrier for a good show.

In the olden days, everyone would happily mingle at the Midsummer festival, engaging in the festivities. Today, the onlookers and participants are separated, which makes sense, what with all the strenuous effort to have the festival as profitable as possible.

In other words, for tradesmen, the Midsummer Day has become yet another opportunity to make money. This is, of course, understandable, as the festival organizers in urban areas put on top of the agenda a striving to generate enough money to pay the authorities for all kinds of permits, etc.

Unlike in the countryside, where old traditions are still strong, luring townspeople to come to the Midsummer Day events can be a hard task without promising a good fair, with lots of beer and shashliks. 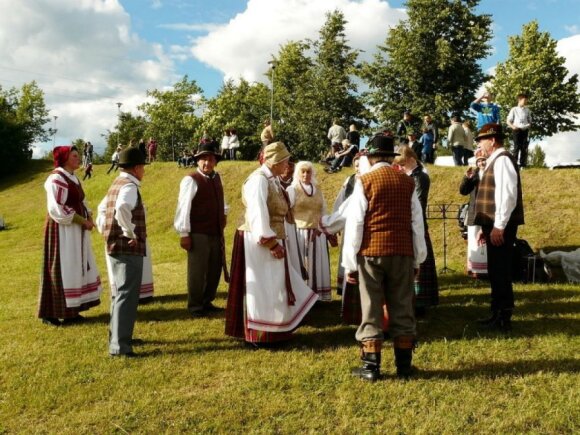 This is part of globalization and its clout on all forms of our social life.

But I really do not feel like blaming it. As we live in a global, fragmented, but pretty much free world, each of us can make his or her choice, including when it comes to choosing one or another form of the St. John’s Day festivities.

Are there any remarkable but already extinct, or vanishing, St. John’s Day traditions that you really would like to revive?

Oh, I wish it were up to me (grins). All traditions are changing and sometimes they disappear not because of our whims, but due to objective reasons. Whether we feel sorrow for the vanishing or already extinct traditions has no effect at all on the outcome. Speaking mischievously, I would like perhaps to experience the frolicking and rampaging of St. John’s Day’s hags and all the ill-bidding supernatural creatures.

What key parts of the festival do still remain intact?

Well, first of all, the centuries-long tradition of holding the festival at a body of water on a hillside is still there. We still have the Midsummer Night campfire; the thing of throngs of youth going amok at it is still there. And the timeframe of the festival is the same – from early evening to the sunrise.

Letting out flower corollas float is a new tradition, an aesthetic thing, not some ritual with a new meaning.

Interestingly, this new tradition has arisen from the augury rituals that used to be omnipresent in the countryside. But perhaps few know that, during the old days, the corollas would be thrown over the head aiming at tree branches, believing that if it gets hooked on a lower branch, then wedding will follow soon; and if it adheres onto a branch higher up, then the wedding will happen later rather than sooner.

When a flower corolla or wreath is now chucked to water, there kicks in another magic principle – observing whether the flowery articles, tagged with the festival participants’ names in advance, will get together at some point in the pond or lake. If they bump into each other, now all scramble to find out whom they belong to. The girl whose corolla is touched by another, bearing a guy’s name, is believed to get married soon.

Corolla floating is perhaps the most vivid example of the combination of old and new Midsummer traditions.

Are there any more examples of the fusion of old and new traditions?

Yes, there are. Like the march of the festival’s participants with burning torches. The march originates from ancient farming rituals, when, in the beginning of a spring and summer, farmers would inspect their crops, usually carrying a torch.

Perhaps not everyone knows that well before the St. John’s Day festival, which came to Lithuania together with Christianity, there had been the Rasa festival, where people, just like during St. John’s festival, would visit their crops and assemble near water. So this is exactly what I have told in the beginning: some of the seemingly new St. John’s Day (Rasos) traditions can in fact be traced back to the very old ones.

How different are Lithuania’s Midsummer Day celebrations in comparison to those of our neighbours?

Compared to Scandinavia, Lithuania perhaps stands out for having been able to retain some of the old St. John’s Day traditions. Moreover, the strong Rasa folklore movement has also been our distinctive feature; by the way, being copied by folklorists in neighbouring countries.

Can you take us through the specifics of the festival during the 20th century?

Interestingly, from the outset of the 20th century, the day’s traditions have become increasingly “feminized.” The reason? The men started getting involved more and more in public and political life, ahead of the cultural and political awakening. Specifically nowadays, many of the men ended up doing nothing, a picture of today’s countryside.

Therefore, maintaining St. John’s Day traditions has largely been a matter of women.

The exception is the 23-year interval between Lithuania’s statehood proclamation in 1918 and 1940 when the independent state ceased to exist. During the period, all the-then Lithuanian national, public, political and military organizations, involving both men and women, were very active in celebrating St. John.

Between the wars, there had been a strong, patriotism-charged understanding that a real Lithuanian has to celebrate the festival.

What is the meaning of jumping over St. John’s Night bonfire?

It is simple: jumping over a bonfire fights off illness, keeps one healthy and fit. Likewise, during the old days, weeds rooted out in crop fields would be burnt during the celebrations, hoping that they won’t spread too much in the fields. Interestingly, the ashes would be scooped up and scattered in the crop fields as a fertilizer.

Nowadays, the old tradition has languished, having been transformed into a new one – sacrificing herbs, collected for the purpose, on the fireplace.

Don’t you see an imminent danger that the Midsummer Day traditions will one day change beyond recognition?

Well, we ought to close all the borders to protect our St. John’s Day. As I see many compatriots getting “glutted” with foreign traditions and their forms, there is an increasing chance we will stave off the ill aftermath of globalization and keep up, or revive the old St. John’s Day traditions, even in towns.

Many of us are waiting for, probably, the most important holiday of summer. It’s like an answer to...