(1)
BNS
Nerijus Numavičius, the majority shareholder of Vilniaus Prekyba (Vilnius Trade, remains the richest person in Lithuania with an estimated wealth of 1.4 billion euros, according to a list of the country's wealthiest people published by the Top magazine. 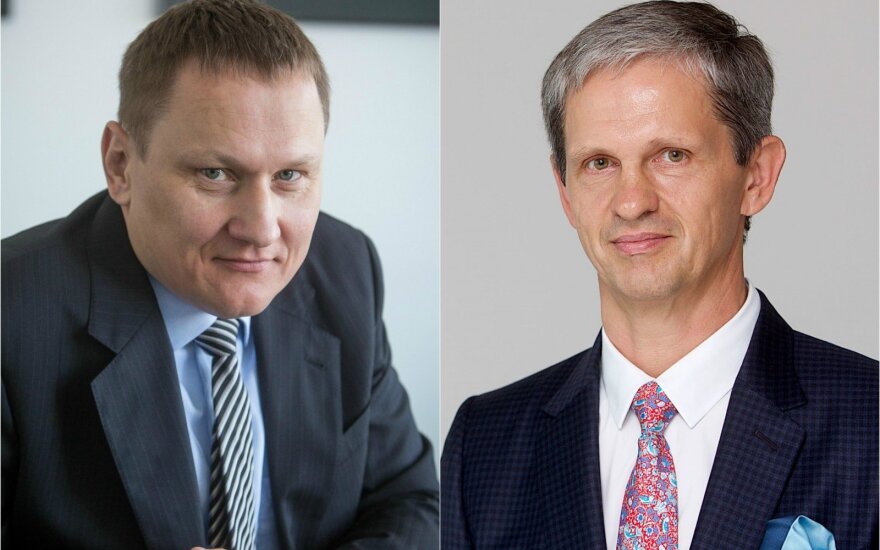 According to the calculations, Numavičius' assets are nearly twice as large as that of number two on the list, MG Baltic concern's president Darius Mockus, whose wealth is estimated at 740 million euros.

He is followed by Mindaugas Raila, main shareholder of Girteka Logistics, with 510 million euros worth of assets, Vilniaus Prekyba's former shareholder Žilvinas Marcinkevičius with 390 million euros and Lyda Lubienė, the board chairperson of Achemos Grupė (Achema Group), with 351 million euros.

The 6th place is held by Augustinas Rakauskas, founder of Kesko Senukai DIY chain, with 240 million euros, ahead of Mindaugas Marcinkevičius, shareholder of the Lithuanian-Belarusian retail chain Mart Inn, with 230 million euros and Norfos Mažmena's board chairman Dainius Dundulis with 200 million euros worth of assets.

Ivan Paleicik, shareholder of Vaizga company that operates a chain of filling stations, is at number nine with 180 million euros, just ahead of SBA concern president Arūnas Martinkevičius with 170 million euros.

The wealthiest politician on the list is Ramūnas Karbauskis, the leader of the ruling Lithuanian Farmers and Greens Union, with 140 million euros worth of property at the 15th place, while Kaunas Mayor Visvaldas Matijošaitis is in 18th with 135 million euros.