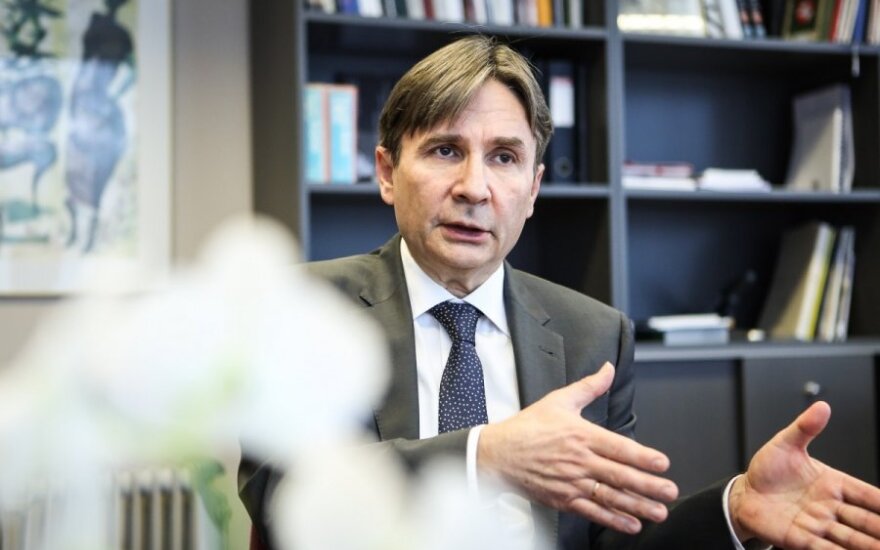 He spoke in comment of a case of a Lithuanian family in Norway that has received much attention in the Lithuanian media. Norway's child welfare service, the Barnevernet, has intervened to restrict the family's parental rights. The custody case, which is being heard this week, was complicated by the mother's attempt to take her minor son out of the country. The story has caused considerable controversy in Lithuania, with some siding with the mother and accusing Norway's Barnevernet of overzealousness and discrimination, while others have drawn attention to Lithuania's own appalling children's welfare record.

In an interview to DELFI, Ambassador Halvorsen says there have been 13 cases over the last two years where Norway's child welfare service challenged custody rights for Lithuanian parents, but ten of them were settled in favour of the biological parents. The Lithuanian population in Norway is about 60,000.

Reacting to negative reporting that the Barnevernet has received in the Lithuanian media, the Norwegian ambassador has assured that the agency restricts parents' rights only as a last resort. In Halvorsen's words, children are only taken from their biological families following repeated violations and parents' refusal to cooperate with child welfare officials.

"I hear a large number of myths and speculations, the media has been providing large amounts of misleading information. Please be assured that the children's welfare system in Norway has been built very carefully. Three Norwegian generations were raised in the current system. It is a myth that members of the Barnevernet are some senseless monsters who simply want to take children from their parents. Parents have their rights restricted as last resort only," the ambassador told DELFI.

Polish investigator who kidnaps Lithuanian children from Norway's child services: We did things we cannot talk about (1)

It is a public secret what Krzysztof Rutkowski, a Polish private investigator, does for a living. He...