George East | the Lithuania Tribune
aA
The Lithuanian Gay League says that it is “very happy” with the support it has received from Vilnius Municipality for Baltic Pride 2016. 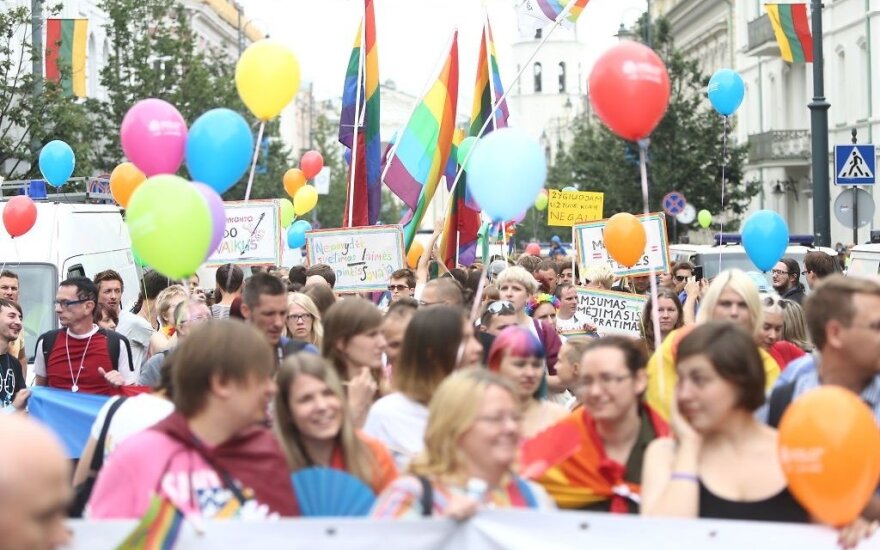 Baltic Pride will run in Vilnius between June 13-22. It will be the third time the Lithuanian capital has held the event since 2010. Its central event, the pride march, will take place on Gedimino Avenue in the centre of the city on June 18.

“We are very happy there were no restrictions in obtaining the permit to hold Baltic Pride,” The Lithuanian Gay League’s policy coordinator Tomas Raskevičius told The Lithuania Tribune. “This was our main form of support from Vilnius municipality.”

In the run-up to Baltic Pride in Vilnius in 2013, organizers had to go to court after the city's authorities, headed by former mayor Artūras Zuokas, refused to allow the march on the central Gedimino Avenue.

The court then ruled that Vilnius municipality was in breach of the law on peaceful assemblies by denying the possibility for the march to take place in the city centre.

The municipality authorities had argued the march could not be held on Gedimino Avenue, saying it would force shops and hotels to shut down due to security concerns. Instead, they proposed the march should take place on Upės Street, by the Neris riverbank.

In a recent interview in which he answered questions from the Lithuania Tribune’s readers, current Vilnius Mayor Remigijus Šimašius underlined his support for Baltic Pride in Vilnius.

“I can say the municipality is fully supportive of Baltic Pride and there is no problem at all,” said Šimašius. “This is also one of the changes that have happened since [the Liberal party] was elected last year, because during the last Baltic Pride, the municipality was taken to court for refusing permission for Baltic Pride. 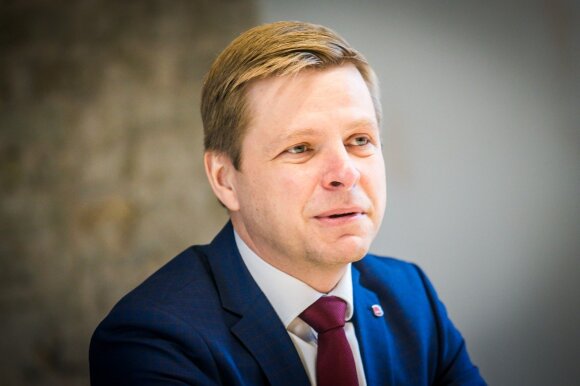 “It happened twice, actually - the court ordered the municipality to allow it to happen and it still refused it.

“I personally support any parade, the manifestation of human rights, and anything that contributes to the lively atmosphere of the city,” he continued.

“In our case, this is very clear - we are open, we are supportive, Vilnius is for everyone and the event doesn’t disturb public order.”

While Šimašius said he “does not have any specific plans” to attend Baltic Pride, Raškevičius, of the Lithuanian Gay League, did not criticise the decision.

He said he would “be delighted” if the mayor attended, and extended an invitation to him.

“I would be delighted if Šimašius attended!” he said.

“We can say that the attendance by the mayor or any other important member of Vilnius Municipality would be the next step for the municipality in supporting this event,” he said. “I think the attendance of local leaders sends a very clear message that the city is inclusive and respects the specific needs of its LGBT community.

“I think this is very important because it sends a very clear message both domestically and internationally.”

LGBT pride events in the Baltic States can be traced back to 2004. Estonia held the first event of all three Baltic countries when it held a pride march in its capital city, Tallinn. Latvia followed in 2005 with Riga Pride. Lithuania held its first pride event in 2010.

Lithuania's Migration Department has refused to issue a temporary residence permit to a Belarusian...