(8)
Vytautas Lukaševičius | IQ
aA
According to the results of a recent study of national archetypes of Lithuanians, we are kind-hearted, composed, caring, long suffering, down-to-earth, ordinary, and have a special relationship with nature. Based on psychoanalyst Carl Gustav Jung’s theory of archetypes, the research has been conducted in co-operation with experts from a variety of backgrounds, including ethnologists, philosophers, historians, psychologists, and sociologists. 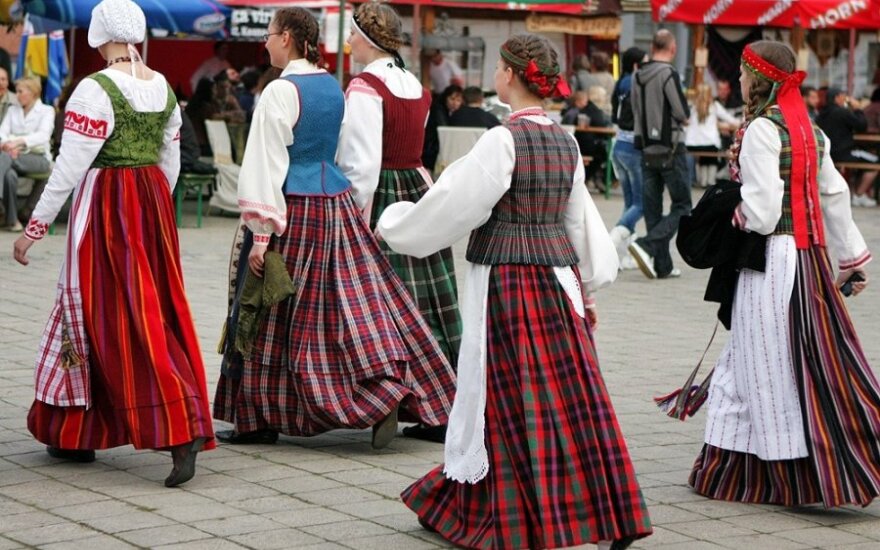 Each archetype is represented by a local god or deity that embodies the said characteristics. In the Baltic tradition, heroism is a characteristic of the war-god Kovas, omnipotence is a characteristic of Perkūnas, caring is associated with the earth goddess Žemyna, the traits of friendliness are distinctive of the love goddess Milda, and vivacity is represented by Ragutis, the god of fun and festivity. The wise old man’s archetype, however, is not embodied by any of the gods or deities in the Baltic tradition, which certainly is a circumstance worth serious consideration.

Before starting to dismantle the nuances of the Lithuanian character, collective mentality, behaviour and thought, it is worth recollecting the key factors that shaped our national archetypes. Well, by far it was not a single event that broke or, on the contrary, strengthened our spirit. It was the Baltic religion, Christianity, the battles against Crusaders, Russians, Poles, a myriad of political systems, rulers, climate, natural resources, the neighbouring countries, introversion, the Soviet era, the EU, the economic crisis, the internet. The list is infinite. There are plenty of reasons that have determined our subconscious perception of ourselves and our environment as well as our collective thought and behaviour.

Fighters against but not for

In fact, the latter archetype is foreign to Lithuanian nature. That explains why we are more likely to fight against rather than for – such instances can be observed both in history and today. At all times, the battle of Lithuanians has been constant and persevering, often without a clearly-defined strategy, driven by impulse, rudeness, and aggressiveness.

Daiva Plauškaitė-Camacho Andrade, research expertise director at TNS LT, admits that Lithuanians have barely any heroes today and the sportsmen are the only exception. And yet, even they are instantaneously stripped of the hero’s glory the moment they fall short of expectations.

The hero’s archetype as a representation of the collective unconscious is particularly marked in the US. Heroes are loved by Americans, they are an object of desire, and when there are none, they are invented. The British also seem to show a disposition towards this archetype, but differently from the Americans, their hero is not necessarily the winner – the most important thing is to summon all the effort and sacrifice oneself for the cause.

“Lithuanians see the god without a crown – even if he is officially crowned. Every nation complements this archetype with a different content. For Russians, it is a ruler living in luxury and affluence, a person who is confident about his power and is deliberately manifesting it. It is a czar, a virtually untouchable centre of power, while the black caviar is scooped up with big spoons – something everyone dreams of,” describes Ms Plauškaitė-Camacho Andrade.

American gods inspire by example, thoughts, ideas, and deeds, they need a vision, they are tolerant, stylish, modern, and competent.

In Lithuania, the trust in any authority is crushed. A politician demonstrating wealth is considered to have gotten rich from all of us and a businessman bragging about his fortune is thought to be a thief, a dealer or a fraud. The peasant mentality, the influence of Catholicism, and later, the Soviet era, have evened out everyone’s financial status, resulting in a material rivalry, suspicion, envy. According to Ms Plauškaitė-Camacho Andrade, someone boasting of money and luxury is sure to end up being misunderstood: “For Lithuanians it is easiest to understand a big land owner’s business because it is clear where the money comes from. The situation is quite different with something we are not familiar with. The intolerance for luxury shows that Lithuanians none the less form a part of the peasant culture. And there is nothing you can do about it.”

Similar criteria apply to the class of all the leaders. For the time being, leadership is chiefly restricted to managing and controlling but not motivating and inspiring the nation. “Why are we still struggling to make a better living and developing the middle class? This is because we have no respect for business and see it as evil. We basically have no respect for money, we loathe it, even though money is the energy of our material life,” Ms Plauškaitė-Camacho Andrade says.

The old wise man’s archetype is rather foreign to Lithuanians and we have failed to retain the god of wisdom and science. Ethnologists point out that science is connected with civilisation, which was absent in our culture for a long time. We were unable to maintain the class of artists, creators, and wise men due to the climate and short summer. Developing artisans was the best we could do.

According to Lithuanians surveyed in the study, Germans represent the class of wise men due to the nation’s pragmatism, rationality, the cult of order, and focus. However, one important aspect must not be overlooked – it is namely the Germans who are the pioneers of psychoanalysis and philosophy whereas we see these branches of science as “dealing with nothing”. Even more, Lithuanians are not familiar with developing the tradition of emotional intellect, thus mutual relations are problematic as we are unable to read each other’s emotions. This is where the core problem of life and survival originates from.

“The demonstration of emotions is perceived to be a weakness. This has even become an object of a kind of wisdom – it is said that if you laugh all day you will certainly cry in the evening,” TNS LT expert explains.

What’s with all the extreme caring?

“The caregiver’s archetype is the heart of Lithuania. Caring, kind-hearted, wary, sensitive… And more often than not these qualities are underestimated because Lithuanians are characterised as peasants, down-to-earth, familiar, and ordinary people. However, by doing so, we underestimate our nature. Lithuanians enjoy spending time in nature though: fishing, picking mushrooms, taking a walk in the forest.

To complement this archetype, Lithuanians proclaim themselves to be the community of sufferers. We suffer for history, for the influence of other nations, the restriction of interests, the harm done to us, the fragile self-esteem. With the establishment of Christianity, the identification with the suffering of Christ helped us survive and retain hope.

For Lithuanians, suffering means survival and life. Psychoanalyst Clarissa Pinkola Estés claims: “Suffering does not mean being a victim. Instead, this word refers to the courage in the face of threat, strength and dignity. And even if you cannot fully grasp the situation or fate at hand, you must do everything that is in your power.” It is namely not being the victim that constitutes the essence of suffering as a form of survival. In the positive sense, suffering makes Lithuanians stronger: it helps them not to give up, it toughens and inspires them.

The Lithuanian regular guy or gal archetype is marked by exceptional loneliness: most often we unite at times of hardship or danger but not in the moments of festivity or joy. Our ideological regular guy or gal is a person who inspires positive thinking, is sincere and simple but at the same time does not smile too wide and stays melancholic.” Often we socialise in silence, which is nothing bad unless it leads to withdrawal.

Despite the results of the study showing a significant part of Lithuanians identifying themselves with the traits of the jester, this archetype is the forbidden land. Lithuania lacks jesters, we do not know how to enjoy life, we see pleasure as temptation and sin, and we do not let ourselves forget that we must suffer.

In popular literature, an archetype is defined as an original model, an ideal example, a prototype, an image of the collective unconscious, independent of individual cognition, copied by the society, and forming the foundation of the human psychoanalytical system.

Carl Gustav Jung was comparing archetypes to “a crystalline structure that we constantly fill with content and express in symbols, images, and emotions”. Jungian analyst Anthony Stevens defined archetypes as innate neuropsychic centres possessing the capacity to initiate, control and mediate the common behavioural characteristics and typical experiences of all human beings irrespective of race, culture or creed.”

To put it simply, an archetype is a model of collective thought and behaviour that lies in our subconscious, a primeval nature that we either hear, admit, or supress, restrict and ravage. The latter behaviour inevitably becomes a problem of identity.

The fate of the controversial Soviet-era sculptures on the Green Bridge in the Lithuanian capital...

Mission Siberia 2014 back in Lithuania

The team of Mission Siberia 2014 has returned to Lithuania after two weeks of taking care of...

The main event to mark 25 years of the Baltic Way will take place in Saločiai, close to the...