(1)
BNS
aA
The new administration of the Lithuanian capital has halted the competition for reconstruction of the controversial Soviet-era sculptures on the Green Bridge, Vilnius new Mayor Remigijus Šimašius said on Friday. 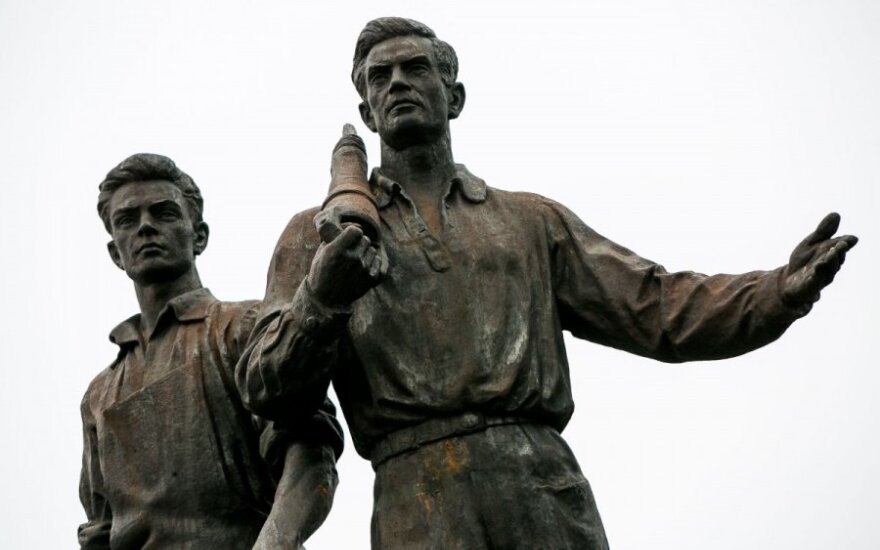 "This has already been done, as the competition was only held to pay too much to keep the sculptures where they are," Šimašius told BNS.

"Having the city residents pay additionally for keeping the sculptures at any cost is a definitely inadequate step in the light of the fact that there are areas in more need of money," the mayor added.

Towards the end of its term in office, the previous city council announced a tender to reconstruct the four controversial sculptures. The work was to be completed within two years.

According to the documents, the metal of the Green Bridge sculptures was rusted and had cracks, making the big sculptures dangerous for passers-by.

The four sculptures, depicting soldiers, workers, farmers and students, were put on the Green Bridge in central Vilnius in 1952.

Critics maintain that the sculptures are part of the Soviet propaganda, an insult people who fought for Lithuania's independence. Meanwhile those who want them preserved say the sculptures should remain where they are as part of the country's history.

Lithuanian Prime Minister Algirdas Butkevičius said on Wednesday that a proposal to hold a...

Prime Minister Algirdas Butkevičius says that a decision to lift legal protection of the Soviet...

The Soviet statues on the Green Bridge in central Vilnius will not be removed from the Register of...