New Torah scroll to be written at Vilnius' Choral Synagogue

BNS
aA
A ceremony of starting the writing of a new Torah scroll will be held at the Choral Synagogue of Vilnius on Tuesday. 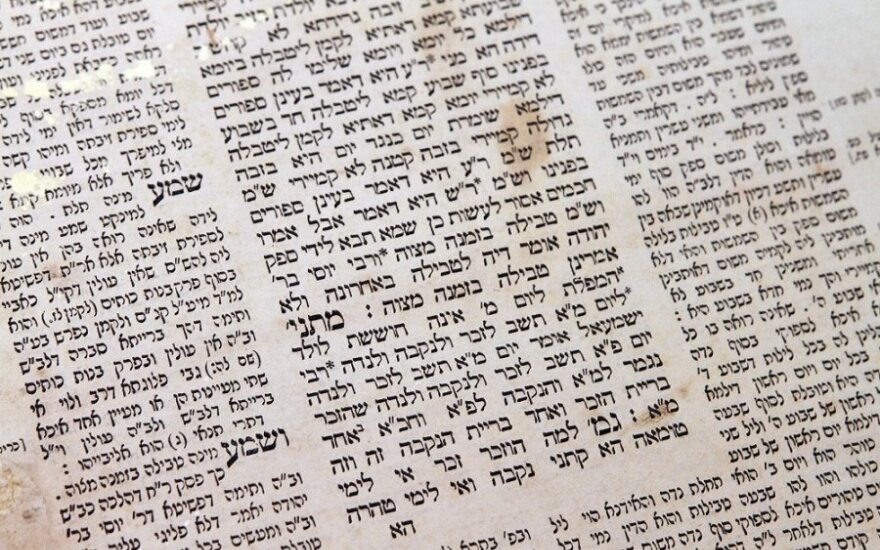 The ceremony, initiated by Sholom Ber Krinsky, the synagogue's rabbi, will mark the first time since World War Two that Jews in Lithuania will write their Torah scroll of "Litvak origin", the Vilnius Jewish Religious Community said.

The new scroll will be hand-written on special parchment by a scribe, or sofer, using special feather pens and ink.

The ceremony is dedicated to the unity and well-being of Lithuanian Jews and to commemorating deceased family members and all those who were killed and tortured during the Holocaust, the community said.

Shmuel Levin, chairman of the Vilnius Jewish Religious Community, said the writing of the new scroll will continue a Jewish tradition that has remained unchanged for centuries.

"The absolute majority (of participants) will see and do it for the first time. Vilnius' Choral Synagogue, which celebrates its 115th anniversary this year, receives a unique sacred gift," he said.

Israeli Prime Minister Benjamin Netanyahu has arrived in Lithuania on Thursday for a historic visit.

Archeologist have found one of the most important parts of the Great Synagogue of Vilnius , the bimah...