BNS
aA
The organizers of heavy metal legend Iron Maiden's concert in Lithuania have changed the band's posters into a version that is less frightening for children. 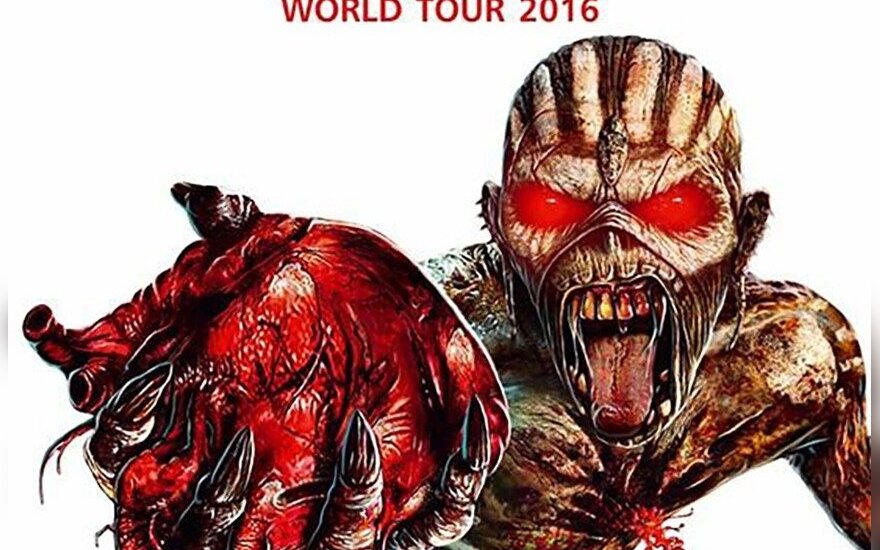 Following the decision by the inspector for journalists' ethics that the images in the earlier advertisement could potentially scare children, the organizer of the concert, Live Nation Lietuva, revised the design of the posters.

Live Nation Lietuva's CEO Aleksandras Karablikovas told BNS that the new posters no longer feature blood or a heart and that the design was approved by the band.

"It is a revised version of the old poster, it doesn't include what the ethics inspector found inappropriate, namely, the blood and the heart. The character is there in the initial form," he added.

After putting up the new posters in cities across Lithuania earlier this week, the organizers hope that the popularity of the event would not be affected.

The British band is scheduled to perform in Kaunas on June 23. Promotion of the event was limited by the inspector for journalists' ethics because the band's mascot, Eddie, was holding a heart in his hand.

"It is difficult for children under the age of 10 to see the difference between fantasy and reality, therefore, the bloody and scary character might frighten children," the inspector said in a press release.

The inspector's decision on the Iron Maiden concert advertisement drew a critical reaction in Lithuania. Leading psychiatrist Dainius Puras said on his Facebook feed that "excessive bans" compromise the modern understanding of the protection of children's rights.

Legendary heavy metal band Iron Maiden will be performing in Lithuania this summer, but some of the...