BNS
aA
A new exposition will be unveiled at the Paneriai Memeorial on the outskirts of Vilnius on Wednesday and the results of the latest research in this area will be presented. 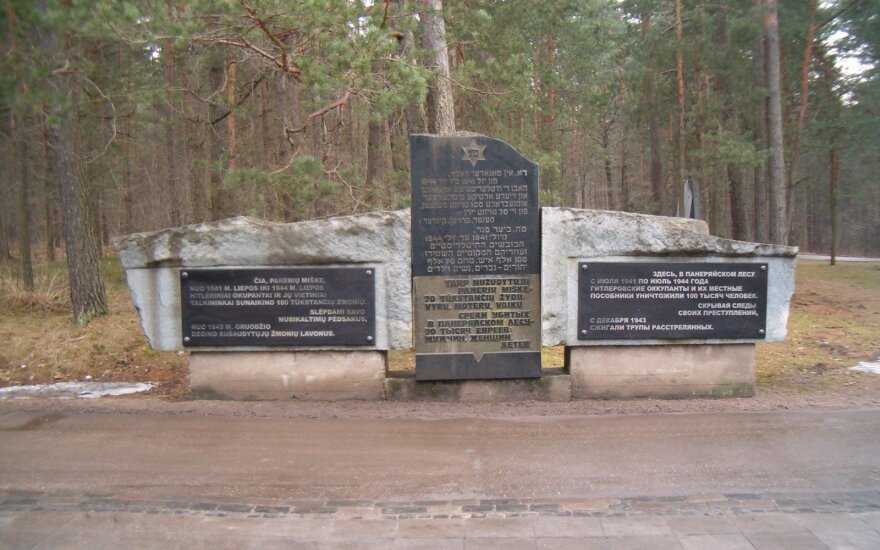 The new exposition will introduce the painful history of Paneriai and the latest research results. The signage outdoors introduces unique objects in this territory, including mass killing pits, bunker-pit, and memorials commemorating the victims.

The new exposition and exhibition will present information in four languages, including Lithuanian, English, Polish and Hebrew, the Vilna Gaon Jewish Museum said.

The museum's historian Zigmas Vaitkus, in charge of the Paneriai Memorial, says this area has lacked consistent research so far.

"The story of mass murder in Paneriai has been pretty well documented but only fragmented research of the area itself has been done. … Following the research carried out in 2015-2017, we can now "read" the Paneriai Memorial area more easily. In other words, we now know where every object used to stand and what function it had during the killing," Vaitkus said.

I. Makaraitytė. What can Saulius, Jūris and Maris give B. Netanyahu?

Around one hundred people on Wednesday took part in the 11th March of the Living to honor the memory...

A strong state is built by different nations working together: what tools does the Kremlin use to prevent this from happening? (1)

Lithuania is not a monoethnic state. Poles, Russians, Tatars and other ethnicities live in our state...