Much ado about Eurovision voting: Why Lithuanians gave zero points to Russia

(6)
DELFI EN
aA
Eurovision, the annual festival of music, kitsch and politics, has once again delivered its due doze of entertainment and controversy from Vienna. The most hotly-debated issue in Lithuania after this year's song contest was: how come Lithuanians gave zero points to their big neighbour, Russia? 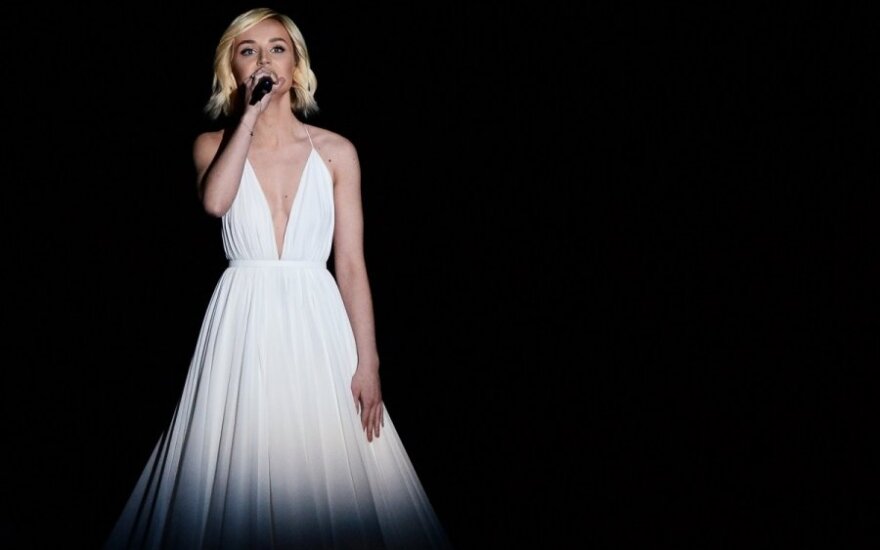 Each year, come May, thousands of Lithuanians start waiting hopefully for a quasi-miracle to happen - maybe this time will be the time that Lithuania wins the Eurovision Song Contest. Each year they end up disappointed, at varying degrees, some embarking on a soul-searching scrutiny of the entry song (this year's consensus: good performance, undeservedly low points), while others blame everything on the usual suspects: political voting.

The detail from the Eurovision Grand Final that grabbed headlines this year, to be sure, did concern politics behind art. Less typically, however, what fascinated Lithuanians - and not just Eurovision adepts among them - was their own national vote.

The nation held its breath as, following 27 performances, the hosts in Vienna phoned Vilnius to learn the Lithuanian vote. Eight points went to Estonia. Ten points were awarded to the winning entry from Sweden. Finally, Lithuania's douze points went to the brother-nation Latvia, which presented a truly noteworthy song, albeit some will undoubtedly suspect political voting.

Conspicuously absent from the Lithuanian voting tally was the Russian entry, the emotional ballad with a peace message, "A Million Voices", performed by Polina Gagarina. Lithuania was among only two nations (the second one was San Marino) that did not give any points to the song that went on to win the second place in the song contest.

On account of Lithuania being home to a sizeable Russian-speaking community (almost 6 percent of the total population) and Russia bringing a truly worthy song to Vienna, the results surprised Eurovision fans both in Lithuania and Russia. There was also a fair deal of joy and relief, as many Lithuanians do not take lightly Russia's recent incursions in Ukraine and, had Gagarina won, would have been ambivalent about sending representatives to Moscow, the capital city of a country they see as aggressor.

The following day, when the organizers released details of each country's voting, it emerged that the Lithuanian TV voting, which made up 50 percent of the final score, did award the Russian entry with the third spot, but the jury was far more sceptical, ranking it 20th out of 26. This pushed "A Million Voices" to the 11th spot, just below the point-awarding mark.

Lithuania's snub did not go unnoticed in the Russian media. There was some predictable outrage from the likes of columnist Alexei Denisenkov who wrote in the Komsomolskaya Pravda that the Eurovision results revealed the brain-washed state of the Lithuanian public. Lithuanians did not vote for the peace-affirming Russian song, he claimed, because of the anti-Russian hysteria fuelled by the country's political leadership. 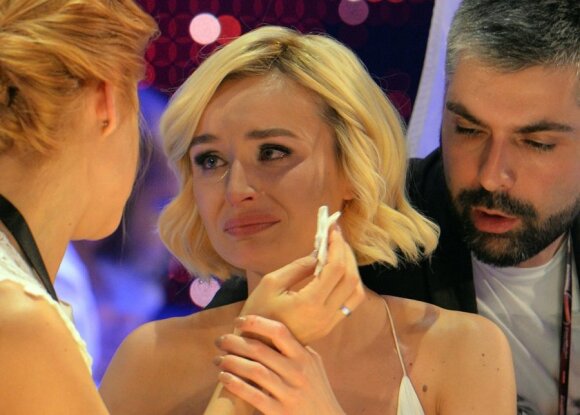 "Previously, several years ago, I thought Lithuania the most loyal to Russia of the Baltic states," Denisenkov wrote in a piece titled "Two points to Lithuania for Eurovision" [2 being an unsatisfactory result in the Russian school marking system]. "To be frank, the Baltic republics never felt much warmth for our country and its people, but Lithuania was usually less hostile than the others. [...] And then it hit. I had thought that all the negativity [about Russia in Lithuania] was nothing more than the government's rhetoric and journalists' invention, but no: the Eurovision or, more precisely, its most intriguing part, the voting, showed that the patient is seriously ill. Propaganda has done its work: Polina Gagarina's objectively strong song did not get any points from the Lithuanians because of the anti-Russian jury."

Moreover, he blamed the the Lithuanian president for brainwashing ordinary Lithuanians into hating Russia.

President Dalia Grybauskaitė was amused by the comment. Asked by reporters for her take on the Eurovision voting results, she said she would not comment, but added jokingly: "If what they say is true, I must be really influential."

The Lithuanian jury who voted down Gagarina's song got also thoroughly questioned by the media. One member, music producer Lauras Lučiūnas, said he did not like the performance and found the singer's emotionality on stage to be a tat overdone.

"I have no taste for far-fetched and over-acted songs. I prefer songs performed by singers, not by actors. What was so special about that song?" he said the following day after the Eurovision Grand Final. 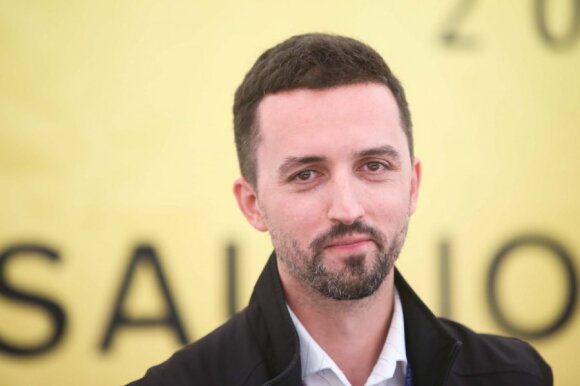 He also felt indignant about the pressure felt by the jury to explain their choices: "Let me underscore that we [jury members] do not have to justify ourselves to anyone. Including Russia. We should finally rid ourselves of this odd complex. The French did not ring me up to say I gave too few points, nor did anyone else."

One week later Lučiūnas was invited to take part in a discussion on Eurovision and politics organized by the Lithuanian Social Democratic Youth Union. Having been subjected to some bullying on the social media, Lučiūnas joked that he had not received any "serious threats" for his vote - except some people promising to "remove certain [of his] body parts and shove them up some others". After the vote, Lučiūnas' inbox and Facebook profile was drowned in often hostile messages, but he says he does not take them seriously.

"I think the noise is natural - people keep thinking that they need to do things the way everyone else does, but in this case, the jury members had a different take," he said.

Meanwhile strategic communication expert Mykolas Katkus gave a more sinister reading of Russia's Eurovision performance. The song, its message and Gagarina's "resemblance to Marilyn Monroe" is part of a "well-planned public relations campaign", he said at the discussion on Monday. "Bearing in mind that the Kremlin is today basically one big PR agency, we can only wonder how much effort was put into this."

The Eurovision victory, he added, would only have aggravated Russia's propaganda campaign.

"It's up to everyone to decide how they are to react to Russia's obvious use of art - from the Big Theatre and classical music to pop culture - for propagating its current values," Katkus said. "I think that Lithuania reacted wonderfully, in the political sense, by ignoring it."

He also drew attention to what he said was hypocrisy at heart of the Russian Eurovision entry.

"What does it mean to send a girl in white to sing to the entire world about peace at the same time as the Russian army is stamping on the body of another nation? It is, after all, a move that requires exceptional cynicism and balls. Ten points for professionalism, one point for morals," Katkus said. 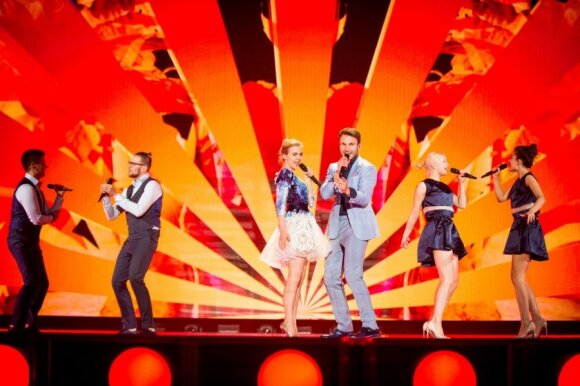 Meanwhile Lithuania's performers at this year's Eurovision Song Contest, Monika Linkytė and Vaidas Baumila, say they like Gagarina's song and sympathise with the Russian singer who had the misfortune to find herself in crossfire of geopolitical tensions.

"The Russian performer's message was about peace - it is hard to say if [art] should be separated from politics or not," Baumila said.

"Standing near her [Gagarina], I got the impression that she was really very sincere and open," Linkytė added. "But looking at what is going on in the world, perhaps the state is simply playing her."