Monument to Lithuanian guerrilla commander Vanagas planned in US

(1)
BNS
aA
A monument to Adolfas Ramanauskas-Vanagas, a Lithuanian anti-Soviet resistance commander, will be erected in the United States next year in commemoration of 100 years of his birth. 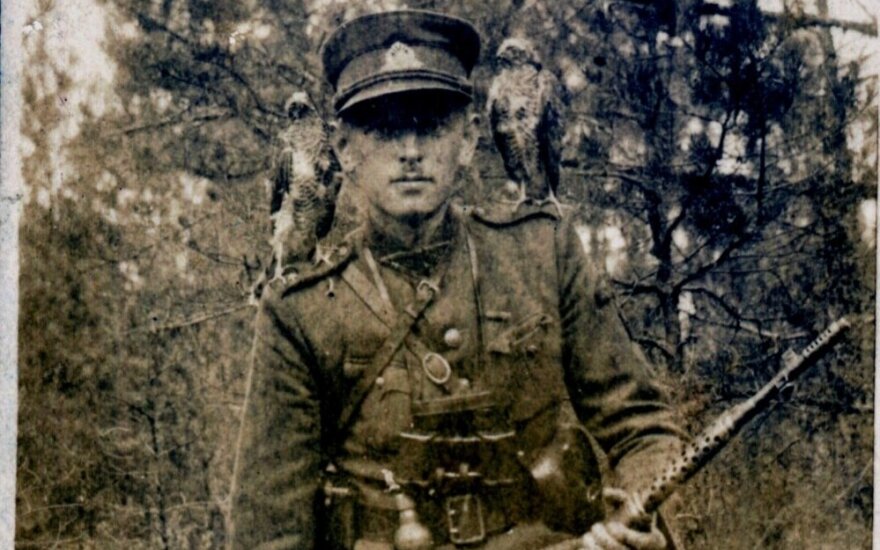 The monument will be built in New Britain, Connecticut – the place where Vanagas was born on March 6 of 1918 and was baptised in a local St. Andrew's Church, the Lithuanian Genocide and Resistance Research Centre (LGGRC) said.

New Britain's authorities gave a green light to the LGGRC efforts of keeping Vanagas' memory alive in his place of birth.

The proposed location for the monument is next to the New Britain Museum of American Art, in a park loved by the local residents that hosts local festivals.

The monument will be built in a separate square, with an information stand and benches planned next to the monument.

The monument will be made for the money provided by the Lithuanian Genocide and Resistance Research Centre and the Nation's Fund of the US Lithuanian community, while delivery and erection costs will be paid by the Ministry of Foreign Affairs.

Authored by sculptor Jonas Jagėla, the 3.5-meter-tall monument will consist of the sign of Lithuanian freedom fighters, i.e., a vertical and two horizontal lines transforming into a branchy oak tree, which will symbolize a forest that had become the home of Lithuanian guerrilla for a decade, while an oak is a symbol of the Lithuanian nation's strength and invincibility broadly used during the guerrilla war.

The lower part of the monument will feature text in the Lithuanian and the English languages, with the Lithuanian national emblem – Vytis – engraved above.

Lithuania's parliament has declared 2018 as the year of Ramanauskas-Vanagas.

The guerrilla war in Lithuania started after Soviet troops in the summer of 1944 pushed Nazi forces out of the country and occupied it for the second time.

Ramanauskas-Vanagas, the commander of the South Lithuania region, was among the partisan leaders who signed the Union of Lithuanian Freedom Fighters' Declaration in 1949.

The organized armed resistance against the Soviet occupation ended in the spring of 1953. Ramanauskas-Vanagas was arrested by the Soviets in 1956. He was tortured and executed a year later.

Scientists next year are planning to search for the remains of Adolfas Ramanauskas-Vanagas , a...

Visiting a Vanagaitė lecture in the US: I felt like someone is raping our country