Moments from Maidan captured by Lithuanian photographer up for Oscar

LT Daily, media brief
aA
Director‘s Evgeny Afineevsky film about the conflict in Ukraine, Winter on Fire: Ukraine's Fight for Freedom, which includes much of DELFI photographer‘s Artūras Morozovas footage and photos, was nominated in the best documentary film category in the upcoming Academy Awards. 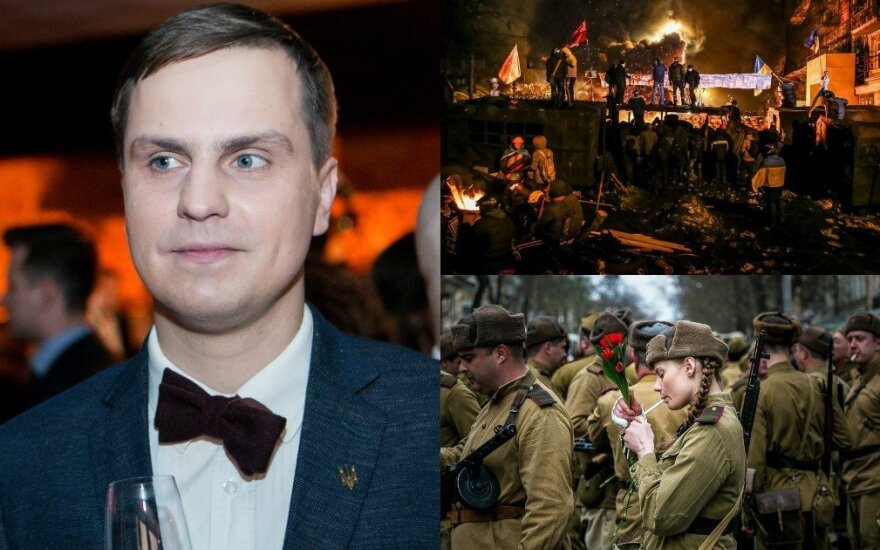 The news that the movie had been nominated for an Oscar took Morozovas by surprise. When director Evgeny Afineevsky asked him to share footage from the barricades on Grushevsky street, Morozovas did not hesitate: “I had decided to give all the video material to the Ukrainian patriots in the name of an important mission - to help spread the word about these events around the world.”

Morozovas said that the footage used in the movie is from the 2014 January on the Grushevsky street, when the first victims of the conflict died.

After a second montage of the film, Netflix took an interest in the movie. Morozovas notes that “Then we put together a commercial contract for the use of my material.” Moreover, Morozovas' pictures were used to promote the movie in the media.

Describing the atmosphere during the events on Grushevsky street, Morozovas said: “they all looked like one – warming themselves near the flaming barrels, were completely blackened, you could only see the eyes, they would run from police, throw Molotov cocktails ... I have burned two of my jackets because of these Molotov cocktails, but the people who supported the protesters would bring clothes constantly, so you just drop the charred jacket and pick up another one.”