BNS
aA
A memorial march is held in Molėtai, eastern Lithuania, on Monday to honour victims of the Holocaust. 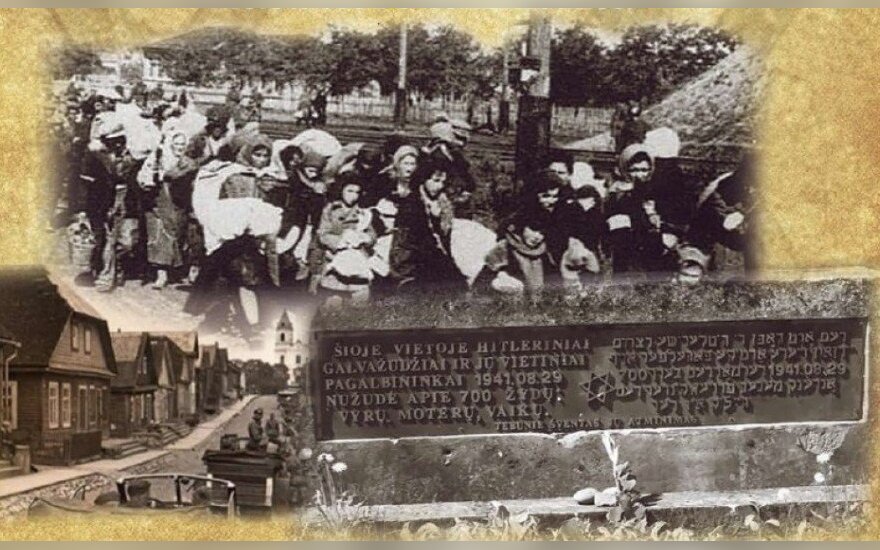 In commemoration of the massacre, the town is holding a rally at the Holocaust site and a ceremony to unveil a monument to the victims of the Holocaust.

"Unfortunately, August 29 of 1941 is a day of tragic memories for Molėtai, a day of massacre of Molėtai district residents that we have to remember as part of our history. (...) The mass grave includes hundreds of Molėtai district residents who were innocent and were not involved in the fighting but fell victims to the war and the Holocaust," Molėtai Mayor Stasys Zvinys said.

He noted that the Holocaust had been brought on by Nazi Germany, noting that local collaborators also contributed to the tragedy, trampling over humanity and getting involved in criminal activities. In the mayor's words, it is also crucial to remember the Molėtai residents who risked their lives to rescue Jews from annihilation during the war.

Related articles
Holocaust commemoration events 'should have more Lithuanian participation'
Man of the year of LRT Radio on Jews, Russia and theatre

The memorial rally in Molėtai was initiated by families of the murdered Jews, with contribution of the Jewish Community of Lithuania and the Molėtai municipality. Participants should include members of the Jewish nation from around the globe.

About 195,000 Jews of Lithuania were annihilated by the end of the Nazi rule. Merely 5-10% of Lithuania's pre-war Jewish population survived the war.