BNS
aA
Participants of the 16th annual initiative Mission Siberia were on Friday seen off to the Russian region of Tomsk. 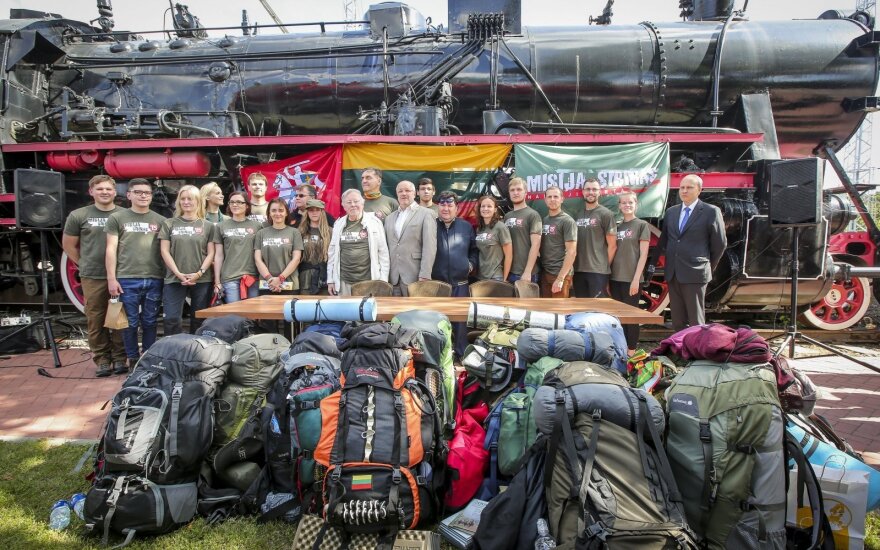 They will visit the places of deportation of Lithuanian people and tend to their graves. All in all, there were around 300 such places in this region.

"Such trips, such missions, determination and devotions makes people stronger, and I am glad to see and know that thousands of young people dream about joining this mission," he told journalists at Vilnius Railway Station.

Medical student Tomas Staniulis, 21, a member of the 16 th mission, said he was inspired to travel to Siberia by his grandmother's stories.

"My grandma told me how they lived during the deportation time, and I just wanted to experience it myself. I also want to get that feeling of patriotism, and this missions inspires for that," he told BNS.

The expedition was also seen off by the ministers of foreign affairs and education and science.

Mission Siberia has been organized annually since 2006, aimed to show respect to people who were deported to Siberia and either died there or survived and returned to Lithuania, promote mutual understanding and provide young people with an opportunity to get learn themselves about historic events.

All in all, more than 11,000 young people have filled in applications for joining Missions Siberia over the course of this existence. And 13 expeditions have already visited places of Lithuanian's deportations in Russia, Kazakhstan and Tajikistan.

More than 280,000 people were deported from Lithuania to forced labor camps during the Soviet occupation period in 1940-1953.