BNS
aA
Sixteen members of Mission Siberia 2014 have cleaned up graves at nine cemeteries of Lithuanian deportees in the Russian region of Krasnoyarsk and are coming back to Vilnius on Friday. 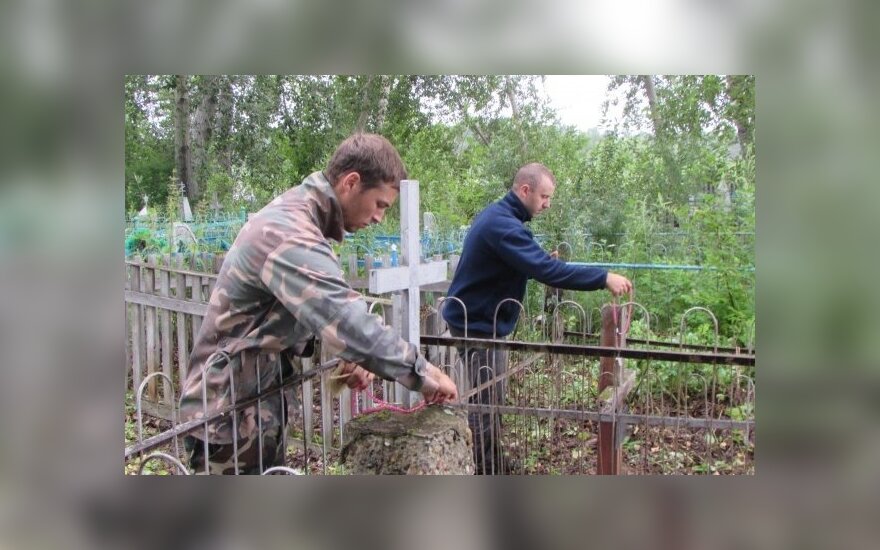 According to charity and support foundation "For the Young", mission participants put up iron and wooden crosses at the cemeteries. Participants also met local Lithuanians who still live there during the two-week trip.

"We are especially grateful to local people and Lithuanians who live there for their support, assistance. They could not hide their surprise over the fact that young people travelled thousands of kilometres to look for disappearing graves of deportees and helped not only to meet but also exceed the goals of the expedition," Ignas Rusilas, the head of the expedition, was quoted as saying in a press release.

Around 20,000 Lithuanians lived in Krasnoyarsk in 1989 and now there are only a few thousands remaining.

The first massive deportations from Lithuania to the region in Russia started in 1941, and almost 21,000 people were deported in 1948 alone.

Mission Siberia is a project organized by charity and support foundation "For the Young" and aimed at promoting civil spirit and patriotism. This year, the expedition of young Lithuanians went to Siberia for the ninth time. Since the launch of the project, twelve youth expeditions have travelled to various locations in Siberia where Lithuanians were deported to and imprisoned. They have cleaned up over 100 Lithuanian graves.

16 member of Mission Siberia '14 leaving Vilnius for the Russian region of Krasnoyarsk on Thursday...