Mission Siberia 2015 returns back to Lithuania

BNS
aA
Participants of the annual initiative Mission Siberia 2015 returned to Vilnius on Saturday after spending two weeks in Russia. 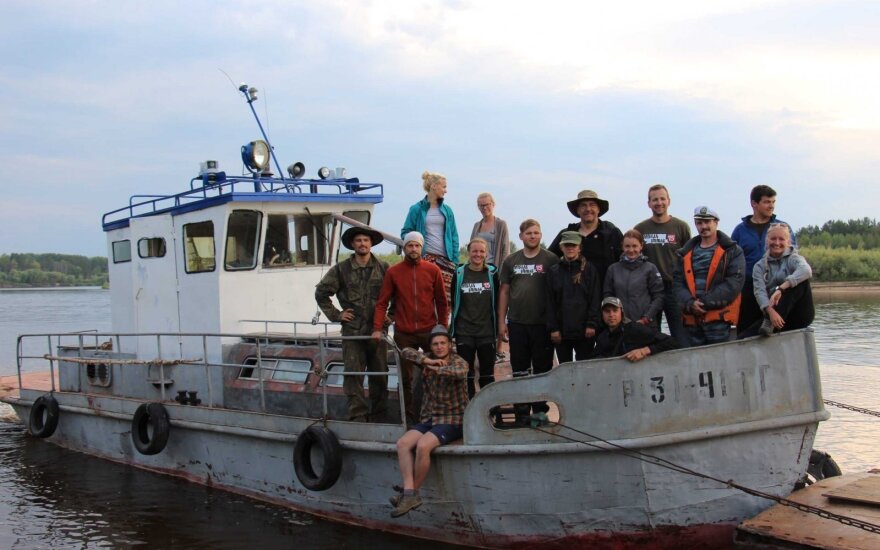 The 16 participants visited the places of deportation of Lithuanian people and tended to their graves. All in all, there were around 300 such places in this region.

After covering about 100 km on foot, Mission Siberia 2015 participants visited nine graveyards and tended to six of them, built eight simple crosses and a memorial of three crosses, visited three abandoned towns where Lithuanians lived during deportations.

Straight from the Vilnius Train Station, the mission participants met with President Dalia Grybauskaitė at the President's Office. Grybauskaitė said that Mission Siberia 2015 was an outstanding example of civil maturity of young people, rallying all residents of Lithuania for one goal and fostering historic memory.

This was the first year Mission Siberia included a citizen of Estonia and a Latvian citizen.

Organized annually since 2006, Mission Siberia is aimed at showing respect to people who were deported to Siberia and either died there or survived and returned to Lithuania, promoting mutual understanding and providing young people with an opportunity to learn about the historic past.

All in all, more than 11,000 young people have filled in applications for joining Missions Siberia over the course of this existence. And 13 expeditions have already visited places of Lithuanian's deportations in Russia, Kazakhstan and Tajikistan.

More than 280,000 people were deported from Lithuania to forced labor camps during the Soviet occupation period in 1940-1953.

Participants of the 16th annual initiative Mission Siberia were on Friday seen off to the Russian...

Young people from Latvia and Estonia will this year join Lithuania's Mission Siberia 2015...

Nearly 800 applicants would like to take part in Mission Siberia 2015, a trip to sites where...