Mission Siberia 2014 back in Lithuania

BNS, ELTA
The team of Mission Siberia 2014 has returned to Lithuania after two weeks of taking care of cemeteries of Lithuanian deportees in Krasnoyarsk region, Russia. 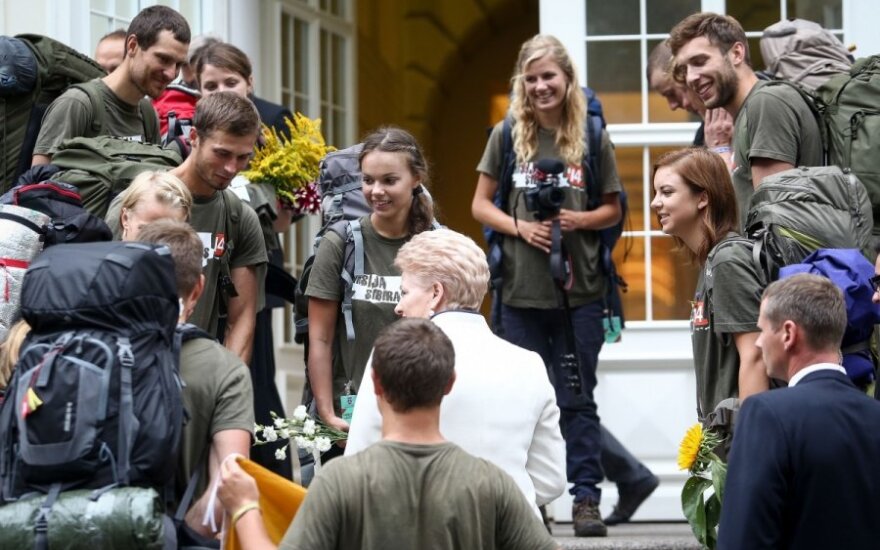 The team of 15 people arrived at Vilnius railway station on Friday morning.

Later on Friday, the members of the mission met with Lithuania's President Dalia Grybauskaitė.

Mission Siberia is held for the ninth consecutive year, during which the 12 youth expeditions managed about 100 Lithuanian cemeteries and met with Lithuanians who still live in Siberia.

Exercise in "citizenship and patriotism"

During the meeting with the President, the young participants of the project shared their experience, told about the works they had done and Lithuanians still living in Siberia they had met.

"Mission Siberia is an exceptional initiative promoting patriotism and citizenship. These expeditions of young people are of a great value, they urge us to not forget about the painful history of our nation and remind us what a long and hard road our state has gone down. Your mission in Siberia has just started, now pass on the message throughout Lithuania about what you have seen, learnt and understood there," said Grybauskaitė.

Sixteen members of Mission Siberia 2014 have cleaned up graves at nine cemeteries of Lithuanian...

16 member of Mission Siberia '14 leaving Vilnius for the Russian region of Krasnoyarsk on Thursday...