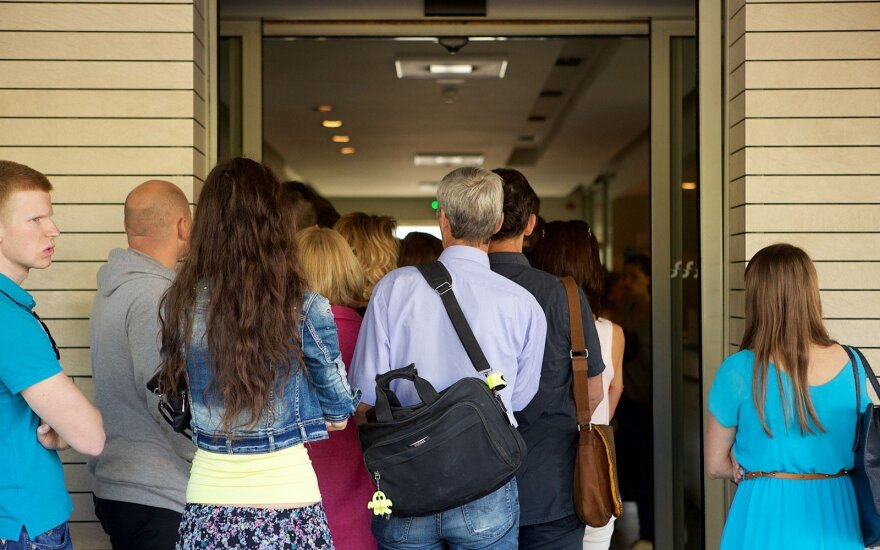 Interior Minister Eimutis Misiūnas told BNS this was a proposal he made to the department's director Evelina Gudzinskaitė after the Tuesday's publication on 15min.lt news portal again highlighted problems at the department.

Foreigners told the portal they had been forced to stand in line from early morning hours to submit their documents within a two-hour window – the department only serves eight applicants per day, furthermore, they are only serviced in the Lithuanian language.

"The director updated me on the situation and the number of people there. We agreed to launch online registration starting Monday, which will automatically solve the problem," Misiūnas told BNS.

The minister has criticized Gudzinskaitė for failing to fill 12 new positions at the department after funding was provided in the second half of last year.

"We provided funding. The director pledged to hire new employees on April 1, and the word 'incompetence' does not say enough. There is full misunderstanding of strategic matters – the people should have been selected and started to work on Jan. 5, at the latest," said Misiūnas.

Meanwhile, Gudzinskaitė told BNS that the final decision on funding had only been taken in December, adding that competitions were currently in progress.

In her words, migration in Lithuania doubled over the past two years, however, the funding of the department was only increased this year. Furthermore, the procedures to issue temporary residence permits take a lot of time due to the tight checks of foreigners stipulated in Lithuanian laws, said the director.

Government to decide on reduction of posts of bureaucrats

Lithuania's government will Wednesday discuss the proposal of cutting the number of posts of...

Visa-issuing delays in the Migration Department subordinate to the Interior Ministry is a result of...

Lithuania to speed up issuance of visas, residence permits to foreign business people

The Lithuanian Centre of Registers and the Migration Department have signed an agreement aimed at...