LT Daily, DELFI
aA
The lawsuit against the Lithuanian state by a migrant family from Iraq who arrived in Lithuania last December under the European Union's refugee resettlement programme will help clarify refugee handling procedures, according to legal experts. 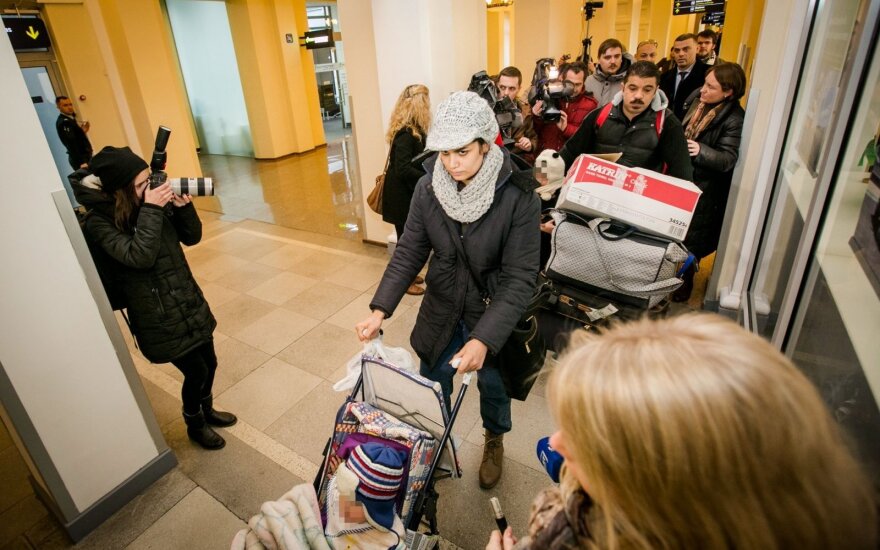 The family have taken Lithuania’s Department of Migration to court for not granting them refugee status. The family of four have been granted legal protection instead of refugee status by Lithuania's Migration Department, giving them temporary residence which can be re-evaluated in two years.

"It is a basic right of a person to go to court," Laurynas Biekša, associate professor at Mykolas Romeris University, said of the move.

While he would not comment on whether the Migration Department's policy of granting refugee status might be too strict, he said that a court ruling in this case would help clarify the procedure by presenting a legal precedent.

The Iraqi family said they fled their country to escape religious persecution.

"If the Migration Department denied refugee status, it means that it does not recognize persecution on religious grounds. I think it is perfectly normal to clarify the issue in court," Biekša said.

The United Nations High Commissioner for Refugees (UNHCR) office in Lithuania said that legal protection could not be used as a substitute for refugee status in the EU's asylum policy.

"Legal protection can be granted only if the applicant does not meet refugee criteria, it cannot be a substitution for the refugee status," UNHCR representative in Lithuania Renata Kuleš told DELFI. "This is why the EU and Lithuanian law guarantees the right for individuals, who have been denied refugee status, to appeal the decision."

Moreover, those granted legal protection instead of refugee status do not have access to certain social rights, Kuleš notes, like certain child benefits. The naturalization process is also easier for refugees.

Interior Minister Saulius Skvernelis has previously suggested that if the situation in their home countries improved, migrants might repatriate. "They [the Iraqi family] were indeed granted the status that protects them from potential threats, that is, temporary legal protection in Lithuania; once these threats in their home country are gone, they will have the opportunity to repatriate," he told Info TV programme Alfa Savaitė.

Deputy Interior Minister Elvinas Jankevičius said that while Lithuania was committed to resettling migrants from the EU's southern member states and give them international protection, it has not promised granting them refugee status.

"The types of status are not that important, their living conditions do not change because of that. I do not think the decision was political. The Migration Department examines each person and family individually. People have been coming to Lithuania for about a decade now and requesting international protection," Jankevičius told Žinių Radijas.

What Lithuanians really think about immigration (2)

Lithuanian residents would prefer to receive immigrants of the same ethnic group or race with barely...