Media watchdog will not impose sanctions on NTV Mir Lithuania

BNS
aA
The Radio and Television Commission of Lithuania has not established any gross violations by the Russian-language TV channel NTV Mir Lithuania and will not impose any sanctions as the key problematic show is no longer aired, commission chairman Edmundas Vaitekūnas said on Wednesday. 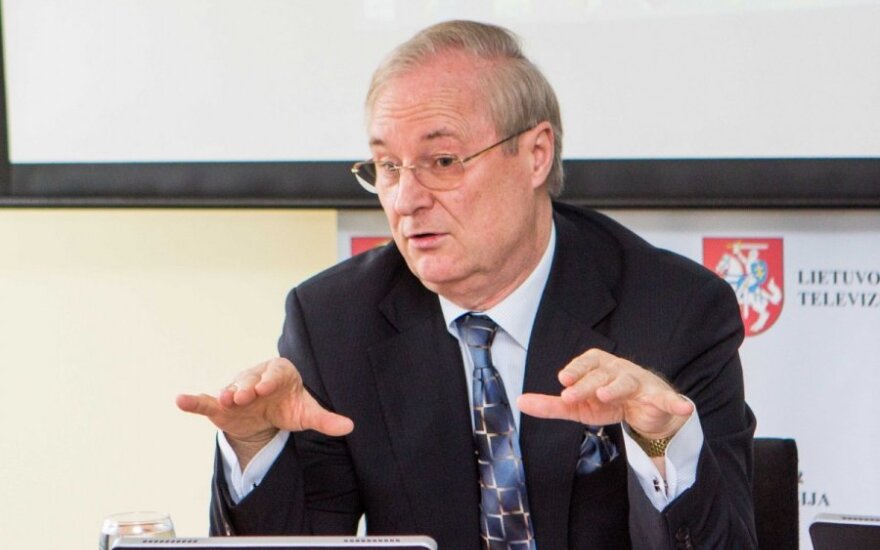 "There were violations and the commission had a reason to discuss today and potentially impose restrictions or sanctions. But the new circumstance is that the Norkin's List talk show that was the main source of violations is no longer aired on NTV Mir Lithuania. Therefore, the commission decided to temporarily halt discussions on restricting rebroadcasting of NTV Mir Lithuania," Vaitekūnas told journalists.

In his words, the contents of this and other Russian-language channels in Lithuania will be monitored and decisions "will be made immediately" in case of gross violations, for example, incitement of war or national discord.

Vaitekūnas stressed, however, that sanctions are "the last measure" when problems cannot be resolved otherwise.

According to the RTCL chairman, the watchdog has not recorded any gross violations by Russian TV channels in recent months, noting, however that propaganda elements have moved from news to entertainment programs. Nevertheless, the limit between the allowed and the forbidden has not been crossed, he said.

"We have been observing the shift of such information to humorous entertainment programs where "by means of a joke" they speak about Baltic residents, Latvians, Lithuanians and the European Union. Everybody laughs, applauds but that's humor and, of course, one can make jokes," Vaitekūnas said.

Currently, only rebroadcasting of the Russian-language TV channel RTR Planeta is completely banned in Lithuania until July 13.

In response to violations, Lithuania has imposed in recent years three-month-long bans for programs produced outside EU and broadcast by the Russian-language TV channels RTS Planeta, Ren TV Baltic and PBK Lithuania.

The Radio and Television Commission of Lithuania plans to evaluate actions of the Russian -language...

Lithuania should not follow the Ukrainian example of banning Russian -language television channels...

Fighting propaganda with bans is not the best way, Lithuanian foreign minister says

Commenting on recent reports that the rebroadcasting of one more Russian TV channel could be...