BNS
aA
The Radio and Television Commission of Lithuania, which recently suspended broadcasts of a Russian TV channel, says it has sufficient evidence on violations by another Russian television to ban it from Lithuanian airwaves. 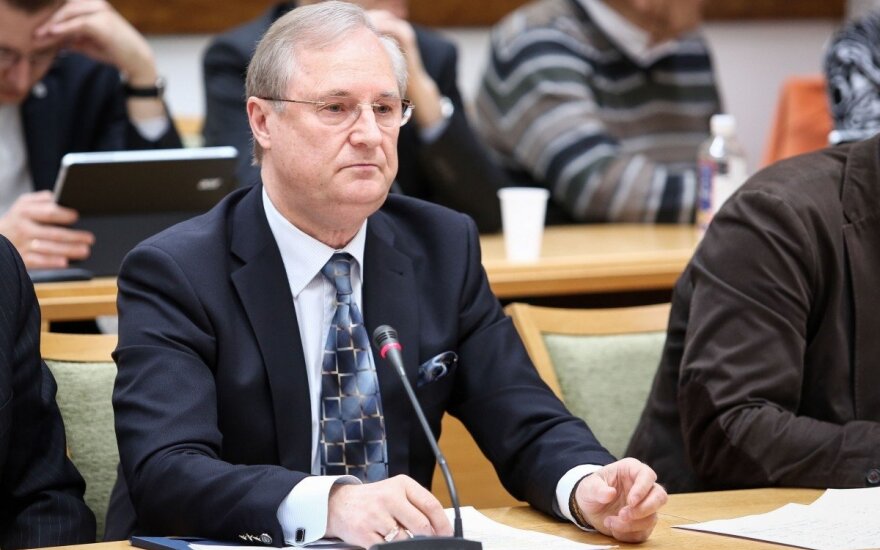 Currently only the Russian TV channel RTR Planeta is completely banned in Lithuania.

"All evidence on another Russian channel has been collected and we are going through all procedures (…) to be able to decide on possible temporary restrictions for another Russian TV channel," the commission's chairman Edmundas Vaitekūnas told a press conference on Wednesday.

He refused to name the Russian channel, saying that previously announcements on planned restrictions on certain programs "sparked uproar in Russia". He did not deny, however, that the watchdog opened procedures several months ago on the Russian TV channel NTV Mir Lithuania.

"A non-answer is also an answer," he told BNS when asked whether the ongoing procedures were aimed at NTV Mir Lithuania.

A decision is due after June 20, Vaitekūnas said.

In March, the Radio and Television Commission turned to the British company broadcasting the NTV Mir Lithuania channel, saying that it broadcast content that incited hatred. The repeated violation took place on February 15 during the Norkin's List talk show.

On April 8, the commission also completely banned broadcasting of RTR Planeta in Lithuania due to incitement of war and hatred and violations of the Lithuanian Law on Provision of Information to the Public.

A three-month restriction on NTV Mir Lithuania's contents produced outside the EU was also in place last year.