the Lithuania Tribune
aA
The Bank of Lithuania has initiated meetings with representatives of organisations representing people with disabilities (the blind and the deaf), seeking to ensure that information about changeover to the euro is accessible to them as well. 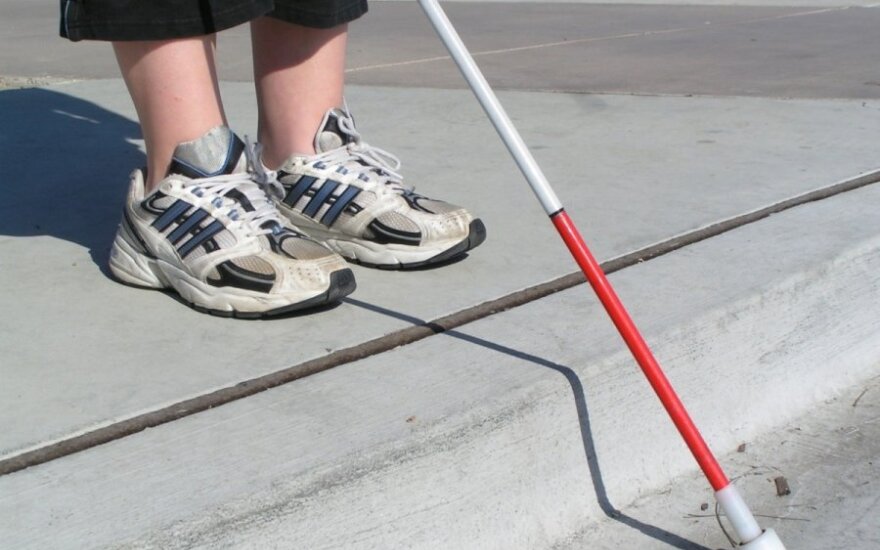 During these meetings, the most effective modes of cooperation in disseminating information about the euro adoption for their communities in Lithuania have been discussed, the Bank of Lithuania says in a statement.

"In introducing the public to the new currency, it is especially important to take notice of the needs of those people whose modes of absorbing information, due to one reason or another, are limited. Therefore, we will make every effort to present important information to these people by such means that would help understand it most easily," says Giedrius Simonavičius, director of the Communication Department.

The best communication channels were discussed during a meeting with representatives of the Lithuanian Association for the Blind and Partially Sighted (LASS). Representatives of visually handicapped people noted that, for them, tactile sense of a banknote or coin is especially important: its weight, size, surface roughness; hence, it has been agreed on cooperation in devising a methodology of currency recognition for the blind.

There are plans to organise special courses for cash recognition later. Apart from these ways of disseminating information, only characteristic of this community, it has been agreed to also use traditional communication channels - to disseminate information to visually handicapped people in the LASS journal Musų Žodis (Our Word) and, also, on the website of the Association.

Ramunė Balčikonienė, the first Deputy Chairperson of the Lithuanian Association for the Blind and Partially Sighted, noted that blind and partially sighted people represent the group of society which, after the change of the currency, would feel particularly vulnerable.

"We have proposed a simple means of recognition of euro banknotes and coins, fitting into a purse, which can be used both by blind and partially sighted people. This means is marked with Braille, but it will also come in handy for the blind who cannot read Braille. For our people it is the best way out, moreover that its price is very low too. We therefore expect that the most effective solutions will be chosen," emphasises Balčikonienė.

During the meeting with representatives of the Lithuanian Deaf Association (LKD), the possibilities for translating as much as possible of relevant information into the gesture language were discussed. It was decided, at the meetings organised for the public at large, to provide a possibility for people with hearing disability to get information from the horse's mouth, cooperate in the distribution of publications, dissemination of euro news in this community's newspaper, on its website (www.lkd.lt) and through other communication channels used by members of this community.

"We are very glad about the initiatives shown by the Bank of Lithuania to inform the deaf in Lithuania about the procedure for the euro adoption and related changes. For most of the deaf, due to hearing disability, translating into the gesture language is essential in order to understand presented information. Moreover, a rather sizeable group of people who, due to most different reasons, have lost hearing, need caption. I expect our cooperation will be successful," says Roma Kleckovskaja, President of the Lithuanian Deaf Association.

The Council of the European Union is going to take a final decision on the acceptance of Lithuania into the euro area on 23 July. Lithuania will be the 19th EU Member State which has adopted the euro.

The introduction of the euro in Lithuania will bring not only economic benefits, but also will help...

Smooth switch-over to the euro in Lithuania next year would increase consumer confidence in the common...

Association of Lithuanian Chambers of Commerce, Industry and Crafts (LPPARA) says that small...

Seven months with new currency, Latvians are still getting used to the euro

On 1 January this year, Latvians switched from lats and santimus, that had been the national currency...