BNS
The Lukiškių Square Memorial to freedom fighters, which has won a competition, falls short of heritage protection requirements, therefore, a suggestion will be made to change the Lithuanian Cultural Heritage Department said. 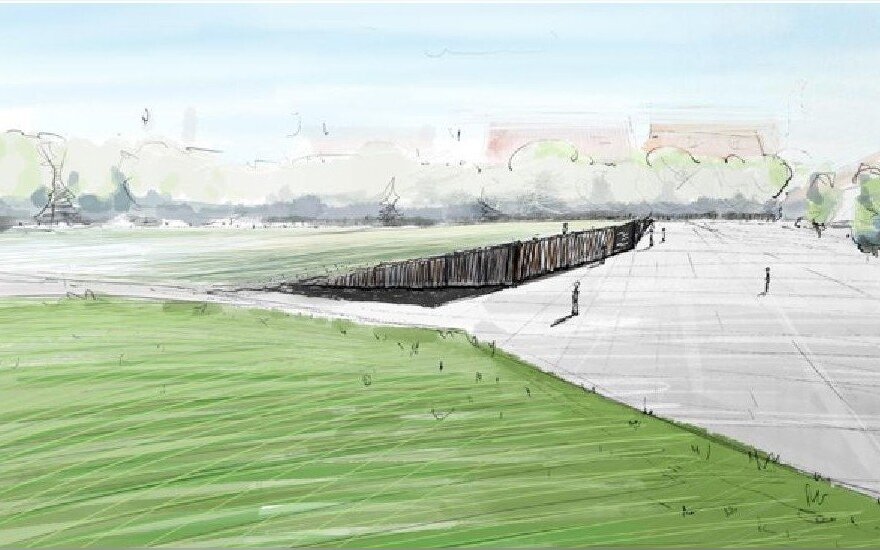 Algimantas Degutis, deputy director of the department, told BNS on Tuesday that the memorial project, which resembles a hill and a guerrilla bunker, violates the 2010 conclusion of the Immovable Cultural Heritage Council, which suggests that the Lukiškių Square in central Vilnius should be flat.

He said the experts would probably be proposed to reconsider the issue of the Lukiškių Square.

The project by sculptor Andrius Labašauskas, which involves a hill facing the Gedimino Avenue, triumphed in a competition of five entries and was picked by a team of experts and a public survey on Monday. The author said his idea was to make the Lukiškių Square next to Gedimino Avenue an open area, with the idea of freedom embodied by playing children and picnicking people.

The memorial in the reconstructed Lukiškių Square should be built by Dec. 1 of next year for up to 500,000 euros earmarked by the Culture Ministry, with the construction work to be done by the Vilnius Municipality.

Discussions on the future of the square have been in progress since Lithuania regained independence in 1990 and removed the Lenin sculpture from the square.

Guerrilla movement against the Soviet occupation continued in Lithuania in 1944-1953.

The attempts to stop Lidl investments in a building in Vilnius are unacceptable, and all obstacles...

The Lithuanian Cultural Heritage Department has imposed a fine of 1,500 euros on an organization named...