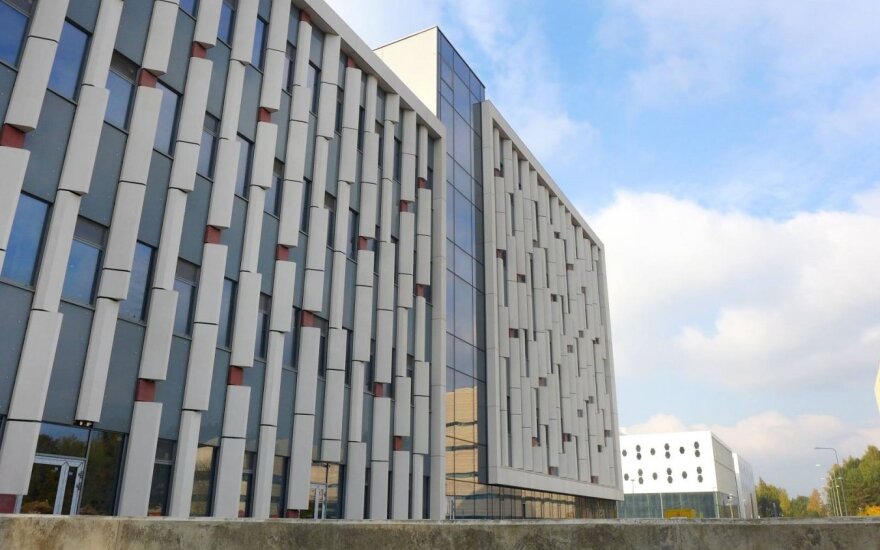 Over 800 students, 160 doctoral students, 200 scientific-pedagogical staff will work in the JGMC. Located just a few hundred meters away from the JGMC, the National Physical Sciences and Technology will bring together all the major physics, chemistry and technology education units in Vilnius.

Vilnius University (VU) Rector Professor Dr. Artūras Žukauskas said it is essential that after the opening of the centres, the most prominent Lithuanian scientists will be working alongside each other, because the very fact that the physicists will eat lunch in a dining room together with the genetic engineers can increase the number of scientific discoveries.

“We need to hire good writers, to publish books, give the scientist money to visit conferences, to present discoveries without any shortage. The Japanese did it with Shuji Nakamura [last year he won the Nobel Prize for the blue light-emitting diodes]. Several books were published, he participated in conferences, there were all kinds of other efforts,” said Žukauskas.

He said the Lithuanian state invests too little into public communication, which is necessary in order to win a Nobel Prize.

Žukauskas said Japan had put a huge amount of work into promoting its scientists work and after 20 years without winning the prize, that effort had paid off.