the Lithuania Tribune, LRT
aA
Lithuania is giving a go at impressing Eurovision fans for the 17th time this May. Take a look at how we did the last eight times.
Sekite svarbiausias naujienas socialiniuose tinkluose! 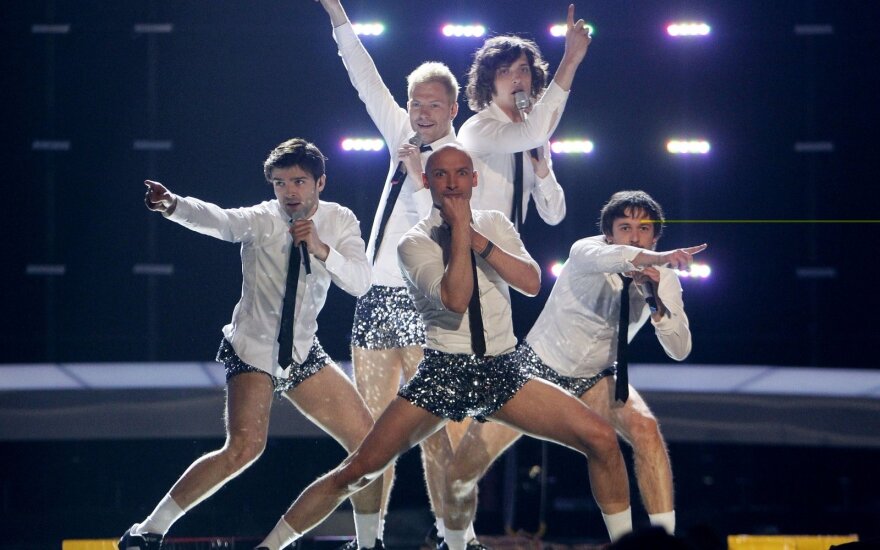 In 2008, Lithuania was represented by Jeronimas Milius and his ethno-rock ballad "Nomads in The Night". The song took 16th place in the semi-final and did not make it to the final Eurovision concert in Serbia.

The following year, Sasha Son performed his song "Love" in Russia. This time, success! With 66 points, the song made it past the semifinal and qualified for the Eurovision final. In the final vote, Sasha Son ended up in the bottom three.

In 2010, Lithuania sent the energetic band InCulto with their "Eastern European Funk". Despite an impressive silver hot-pants revealing move, the Lithuanians finished 12th and did not qualify for the final.

The following year, Lithuania decided to go with something more Eurovisionesque. Evelina Sašenko's melodic "C'est ma vie" easily made past the semifinal and ended up in the 19th spot in the final concert.

2012 marked the first go at Eurovision for Donatas Montvydas, aka Donny Montell, who is trying his luck again this year. "Love is Blind" and Donny's Michael Jackson moves secured him the third spot in the semifinal and a place in the final concert, where he ended up 17th with 70 points.

The following year, Andrius Pojavis performed "Something" in the 2013 Eurovision Song Contest in Sweden. Ninth spot at the semi-final and 17 points in the final meant that Pojavis ended up near the bottom, in the 22nd spot. Who remembers the song?

In 2014, it was Vilija Matačiūnaitė singing "Attention". In reference to her dress, obviously. Attention is not dispensed cheaply in Eurovision, though, and Vilija was left just below the line to qualify for the final.

Last year, a duo of Monika Linkytė and Vaidas Baumila went to Eurovision in Vienna. During the climactic moment in their performance of "This Time", however, everyone's eyes were on two male dancers who kissed in the background. Monika and Vaidas made it to the final and finished 18th.

Lithuania is taking part in the Eurovision Song Contest for the 17th time this year. Donny Montel's...

Lithuania has picked singer Donny Montell to represent the country at this year’s Eurovision Song...