BNS
aA
Lithuanian law-enforcement officials have brought formal suspicions against Darius Janulevičius, current CEO of the Ignalina Nuclear Power Plant (NPP), and another five persons, including Osvaldas Čiukšys, its former CEO, over a suspected non-transparent auction of the plant's assets worth over 1.5 million euros. 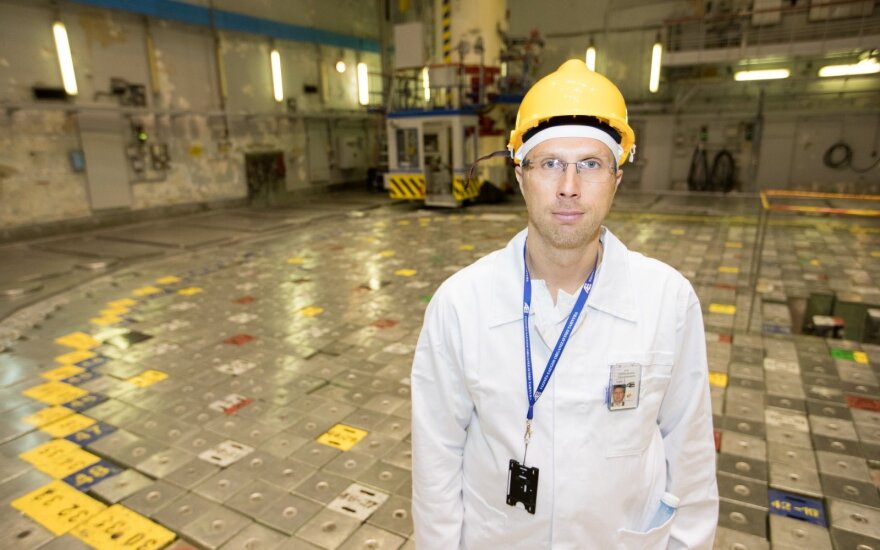 Ignalina NPP general director Darius Janulevičius
© DELFI / Domantas Pipas
"The current and former chief executive officers of the power plant, as well as a former head of a unit and another three natural persons are suspected of unlawfully organizing and running an auction of more than 1.5 million euros worth of radioactively contaminated copper tubes, whose winner was a possibly pre-selected company," Rasa Stundžienė, spokeswoman for the Prosecutor General's Office said.
Suspicions of abuse and unlawful possession of radioactive materials were brought against these persons and information about this was forwarded to the government this week, she said.

According to 15min.lt news portal, current and former top executives of the Ignalina facility are suspected over the 2014 sales of pipes to Germany's Sypra.
According to information available to BNS, the suspects include Osvaldas Čiukšys, a former diplomat and director general of the Industrials' Confederation who held the job of CEO at the Ignalina NPP between March 2010 and April 2011.
Janulevičius, who has been at the plant's helm since early March 2013, could not be reached by BNS for comment.
Aurelija Vernickaitė, spokeswoman for Energy Minister Žygimantas Vaičiūnas, told BNS that the ministry was aware of the fact, adding that decisions would be made when the results of the ongoing investigation were known.
Law-enforcement officials opened their investigation regarding auctions of the assets of the shut-down Ignalina plant, which is undergoing decommissioning, back in 2015.
BNS
It is prohibited to copy and republish the text of this publication without a written permission from UAB „BNS“.