BNS
aA
Lithuania's immigration rate more than doubled in the first half of this year compared with a year ago, while its emigration rate fell by almost one-fourth, according to the latest official statistics. 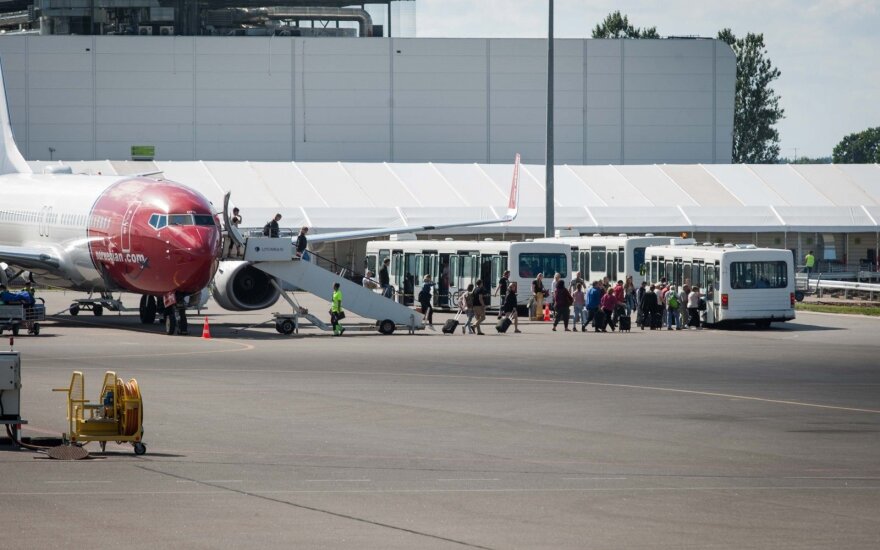 Almost 19,200 people immigrated to Lithuania in January through June 2018, up from nearly 9,300 in the same period last year.

Returning Lithuanian citizens accounted for two-thirds of the immigrants.

For statistical purposes, an emigrant is someone who spends more than a year in another country.

Audra Sipavičienė, head of the Vilnius office of the International Organization for Migration, attributes the increasing immigration and decreasing emigration to Lithuania's improving economic situation and its growing need for professionals.

Related articles
Barnier in Vilnius: EU citizens' rights in UK to be protected
Celebrations of number of arrivals in Lithuania: are these returning Lithuanians?

"If you add everything together, it seems logical for emigration to decline. Also, that centenary of the restoration of the state, such a nice nationalism also contributes a little," Sipavičienė told BNS.

"Politicians are increasingly starting to talk about the need to bring citizens back, which may have an emotional impact, too", the migration expert said.

"Certain specialists in Lithuania can get good salaries and one can also work remotely for foreign companies. And it's cheaper to live here. But wages have to rise sharply for a mass return to begin," she added.

According to Sipavičienė, another possible reason behind the decline in emigration is that the number of people who can and want to leave Lithuania is falling. Given that the UK is the top destination for emigration from Lithuania, Brexit may be having an impact, too.

This marks the the second month in a row that Lithuania's official immigration rate has exceeded its official emigration rate, a situation unseen since the country joined the European Union in 2004.

Polls suggest that most emigrants leave Lithuania for Western Europe in search of higher pay. Some experts say that emigration is also driven by high income inequality.

The Lithuanian population shrank from 3.7 million in 1990 to 2.8 million this year due to ageing and emigration.

Emigration may bring short-term benefits to the economy in the form of emigrants' remittances and lower unemployment. However, the current scale of emigration poses risks as a labor shortage begins to emerge and it becomes more difficult to finance pensions, healthcare and education.

Barnier in Vilnius: EU citizens' rights in UK to be protected

EU chief Brexit negotiator Michel Barnier said in Vilnius on Wednesday that the rights of...

The number of foreigners coming to Lithuania to work has more than doubled this year, new figures...