George East | the Lithuania Tribune
aA
It’s been 10 years since LT United performed their song ‘We Are The Winners’ at the 2006 Eurovision song contest. While it ranked sixth (Lithuania’s best Eurovision result to date), the song has become a Eurovision classic amongst Lithuanian and non-Lithuanian lovers of the competition. 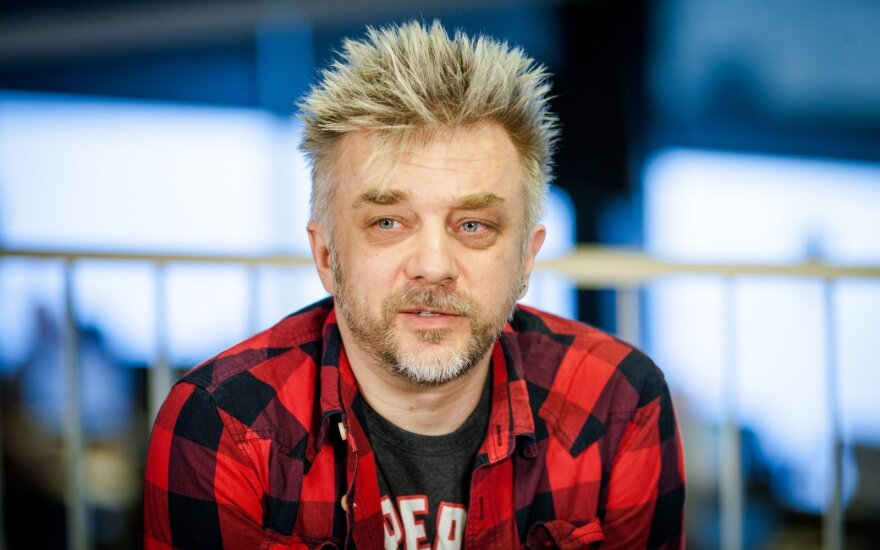 LT United’s line-up was Lithuanian music rock and pop royalty featuring Marijonas Mikutavičius, Viktor Diawara, Saulius Urbonavičius, Arnoldas Lukošius and Eimantas Belickas. At the centre of the suited-up sextet was Andrius Mamontovas, former front man of Foje and godfather of Lithuanian rock; the hair slightly greying, and barking the lyrics “WE ARE THE WINNERS, OF EUROVISION” into a 1950s-style microphone.

A decade on, and as Mamontovas walks into the Veg Cafe in central Vilnius, he looks hardly different. The hair is slightly greyer, but it’s still spiky. He’s swapped the LT United suit for an off-black denim jacket covered in badges, jeans and a pair of sneakers. Proper rocker.

“You know, I never expected ‘We Are The Winners’ to go this far,” he explains in an accent that as a result of having lived in Detroit in the 1990s, is Lithuanian mixed with Midwestern U.S. “The year after we were at Eurovision, we had concerts and appearances a few festivals including one in Reykjavik. We also played for about 1,000 people in Dublin and for an unknown band that’s a lot.” LT United’s international performances also extended to Zagreb, and their final gig was in Chicago.

What, then, saw this group of musicians who Mamontovas says were “just having pure fun” with their self-deprecating song almost win the Eurovision song contest in 2006?

“Well, it was absolutely our plan to take the piss from the start,” he agrees when I ask him. “You know, ironic songs always help to take the serious edge off of things, and everyone needs that because it’s good for the soul, and being ironic about yourself is part of growing up…” 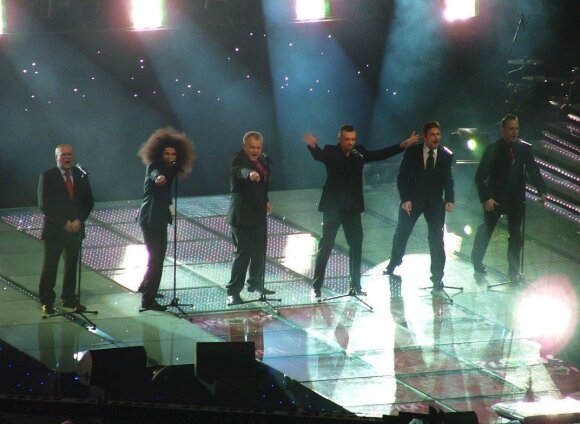 He leans forward across the table, and admits “the thing is, though, is that we never planned to even win Eurovision, and that’s why it’s ironic. We just wanted to write a song about being the winner!”

Mamontovas rewinds back to 2005, and describes it as the starting point for LT United. “There are two types of people who watch Eurovision,” he says with a laugh. “There are those who love it and vote, and the haters who still watch it. I wanted to make a song for the haters.”

Regarding the jokey title for ‘We Are The Winners’, Mamontovas points to the Greece’s 2005 Eurovision winning entry, ‘My Number One’ as his inspiration. “I thought that to name a song ‘Number 1’ and then win Eurovision was great!

“I thought that maybe we should use this formula, to sing about being a winner. Like I said, the aim was to write the song of the winner, not to be it!”

If the brief was to do some music trolling, did Mamontovas think that it would affect the respectability of him and the other members of LT United? After all, Mamontovas alone is responsible for some of Lithuania’s best loved rock anthems, ‘Geltona. Žalia. Raudona’, ‘Paskutinis Traukinys’, and ‘Laužo Šviesa’ are but a few.

“Of course nobody wants to ruin their career by going to Eurovision, but my friends are great performers and great musicians. They all have a great sense of humour and understood the idea that we were being ironic. They were completely onboard with it, and if they didn’t trust the plan, then they wouldn’t have gone.”

Despite Mamontovas having that characteristic dry Lithuanian humour, he does make a serious point about Eurovision being a possible career breaker. He points to the case of Ovidijus Vyšniauskas, independent Lithuania’s first ever Eurovision participant.

“In Lithuania and other Eastern European countries, people take Eurovision seriously, I don’t know why. If you take last place, then it will really matter and people may not buy tickets to your concerts anymore. It happened in 1994 with Ovidijus Vyšniauskas. Before he finished last, he was making big concerts and all that, but what happened at Eurovision? It completely destroyed his career.

“We didn’t want that, but everyone had signed up to the idea of an ironic song, and it would have been even more ironic if we ended up last! Anyway, whatever the result, it was win win and we were winners,” he laughs.

Fast-forward to 2016, and 10 years since LT United’s Eurovision appearance, Lithuania’s entries have taken a more serious tone. So much so, that the country’s 2016 participant, Donny Montell, had his song ‘I’ve Been Waiting For This Night’ written by Swedish songwriter, Jonas Thander, who can list Taylor Swift as a previous client. 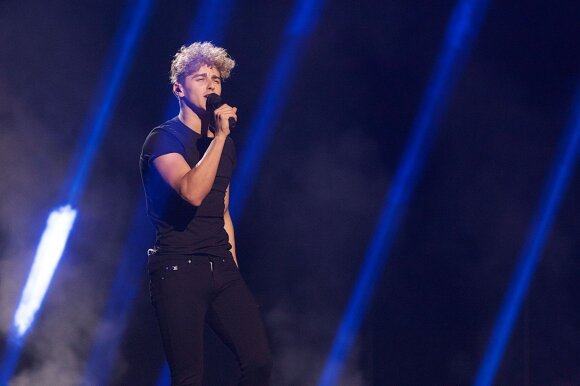 Does Mamontovas, then, think that 2016 will be the year when Lithuania is finally the winner of Eurovision?

He’s cagy in his response, and doesn’t sound overly convinced about ‘I’ve Been Waiting For This Night’. “I wish Donatas luck, he smiles. “It [the song] looks alright, I watched the first Semi-Final on May 10, and I fell asleep half way though but woke up again a bit later,” he admits with a laugh and an even wider smile.

I press him further.

“You know, it’s just a standard Swedish song. It’s very well done, Donny is a good performer, he does it well, he’s got the moves and he has a good voice.” Now here comes the admission. “It’s just…” he pauses for a second to take a sip of water. “Well, I wouldn’t put it on my iPod that’s for sure. Maybe I just listen to a different type of music.”

Assessing Lithuania’s chances in Eurovision 2016 seems a good note to end on, but there is one more question that remains for Andrius Mamontovas: will 2017 see LT ReUnited at Eurovision? It’s too good and too interesting to not find out…

“I don’t know, but we’ve made some jokes about that and we’ve suggested that we should name the band ‘The Winners of Eurovision’ and do a song called ‘LT United’ - something even more stupid. Maybe we could he call it something like “We’ve Come Again, Vote For Us One More Time”! That said, some things happen only once and maybe it’s best to keep them that way…”

We settle the bill, and exchange some small talk about Vilnius’ music scene. “By the way,” he says with a laugh and a grin as we shake hands. “I really hope that I never have to speak about Eurovision again!”