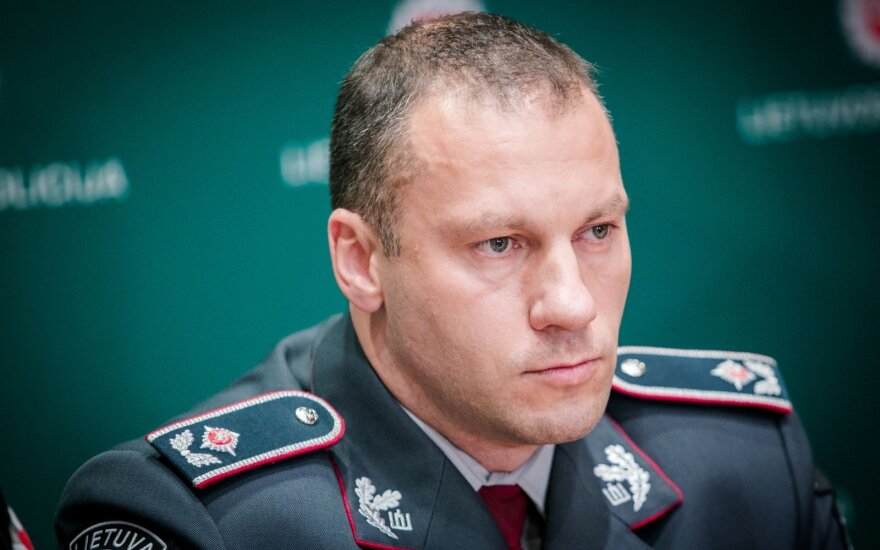 The police reform reduced the number of police officers by around 1,000, however, better working conditions, a larger number of officers on patrol and other changes allowed shorter time of response to serious crimes, and the number of such offenses went down, said Pernavas.

"The increase of criminal offenses was mainly due to one single figure – criminalized driving with blood alcohol content of over 1.5 permille," the police chief told a news conference held to present the police performance.

In his words, a total of 61,000 crimes were reported last year, mainly various domestic offenses and thefts.

The police commissioner general noted that the work efficiency was also a result of increase of patrol cars from 200 to 350 last year, as well as the starting monthly salary growing from 375 to 700 euros. In his words, the police also modernized their equipment and the automobile depot.

Edvardas Šileris, deputy commissioner general, said the police last year solved just over half of all crimes (54-56 pct), with the figure unchanged for the past few years.

Representatives of the trade union of the Lithuanian police force held a protest action at the...

Lithuanian government moves to formalize use of alcolocks in vehicles

The Lithuanian government approved on Wednesday a proposal to formalize in law the use of ignition...

The detention of two men suspected of planning an attack on law-enforcement officials in Klaipėda...