Lithuanians may not be Europe's top drinkers after all

BNS
aA
Official alcohol consumption statistics put Lithuanians among the top drinkers in Europe, but these figures may be inflated, according to a survey. 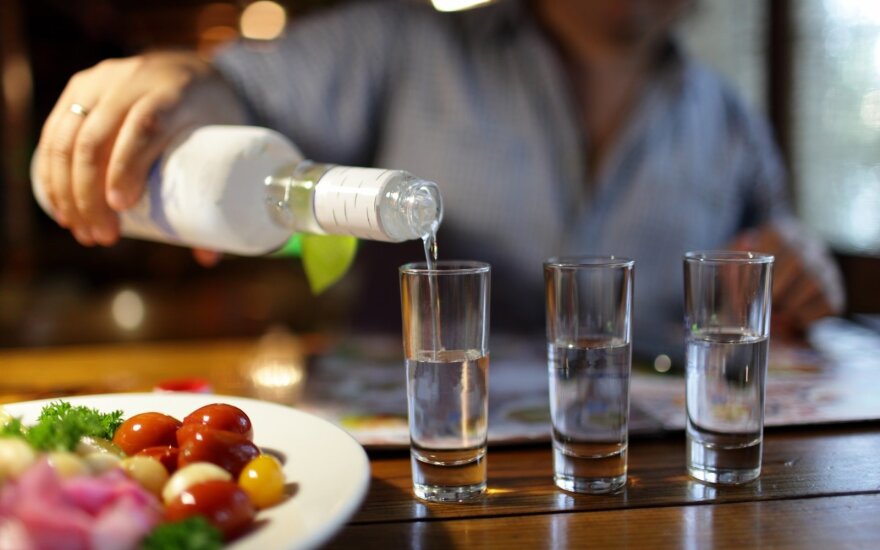 Official alcohol consumption figures in Lithuania are misleading, as statisticians have been failing to include some factors into them, shows a new survey.

According to its findings, given alcohol sales on the black market and alcohol taken out of the country by emigrants and foreign tourists, residents of Lithuania consume about 13.1 litres of alcohol per capita, which is nearly 1 litre less than the official statistics.

Marius Dubnikovas, the chairman of the Tax Commission of the Business Confederation, said these factors should be included in the calculations of alcohol consumption, as they have a major impact.

"The current statistics reflect how much alcohol is sold on the legal market, not alcohol that gets consumed. For some reason, we equate alcohol sold with alcohol consumed. Some of the expatriates who come back tend to bring items back home – people who live in countries with higher living standards and higher excise duties. Alcohol is cheaper here, and naturally they take it to their country of residence. This is important," Dubnikovas said at a news conference on Thursday.

Darius Dulkis, partner in the research company Ekonominės Konsultacijos ir Tyrimai (Economic Consultations and Research), believes that even the figure of 13 litres per capita is not accurate.

"In ratings of international institutions, we are listed with our domestic statistics. We are not happy with the 13 litres. We need bigger research and samples. This is only the first attempt," Dulkis told journalists.

According to data provided by Statistics Lithuania, the country's residents consumed an average 14.2 litres of pure alcohol per capita in 2014. However, calculations of additional sales of black market alcohol, amounts of alcohol taken out of Lithuania by emigrants, consumption by foreign tourists and transport of logistics companies pulled the indicator down to 13.14 liters.

Lithuania’s parliament recently added a new amendment to the Alcohol Control Law, which, from...

Vilnius Municipality is serious about addressing substance abuse among the city's youth.

The Lithuanian government has endorsed an action plan for 2016 to reduce alcohol consumption in the...

New research shows that Lithuania is not the third most alcohol consuming country in the world as...

Total ban on alcohol advertising in Lithuania sought by activists

A group of Lithuanian activists have presented an initiative to completely ban alcohol advertising...