Lithuanians are fed up with last minute travel deals

EN.DELFI
aA
According to Mokilizingas’ activity data for the first six months of this year and the observations of travel agencies, Lithuanians have less and less hope of finding an attractive last-minute travel deal and planning their holidays in advance, a press release from the company states. 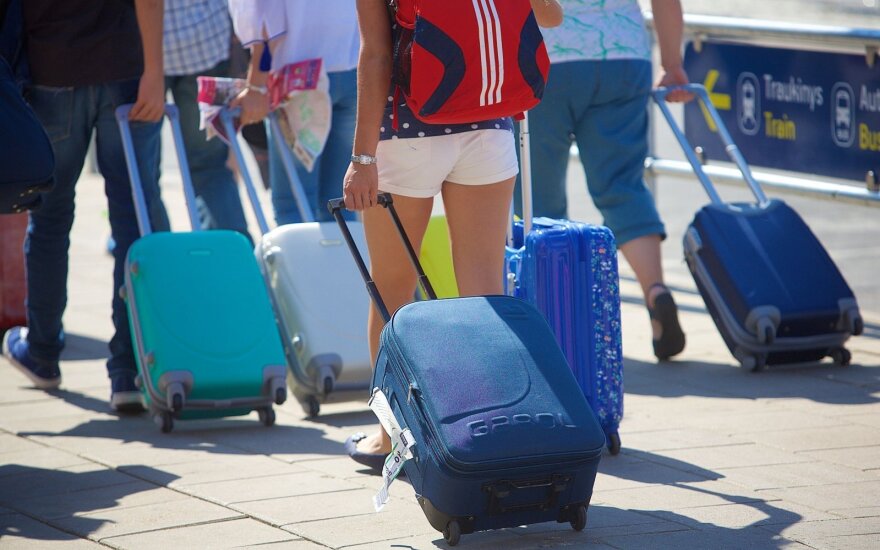 "As we observed the trends in travel loans, first we noticed more even distribution thereof throughout the year. This means that trips are bought spontaneously less and less often; they become a part of life thoroughly planned well in advance", says Tomas Žilinskas, sales supervisor of Mokilizingas.

Based on the statistics available to Mokilizingas, last year most of the trips were bought from April to June, after the travel season had already begun. "This year, during the first six months of the year, travel loans were requested fairly evenly. It seems that people started to plan their travels in advance, as well as the way to pay for their purchase", states T. Žilinskas.

Preliminary planning is also revealed by the decreased average amount borrowed for travel. If last year, on average, people borrowed 940 EUR, then this year they borrowed 910 EUR. "After rejecting the last-minute travel deals, when you should buy any deal that you are offered, but not exactly what you want, the trip will be cheaper if it's planned in advance since you will be able to choose from more offers because organizers usually grant various discounts. I think that the decrease in the amount borrowed for travel has been determined by these factors, because there are no indications that people started saving at the expense of travels", says T. Žilinskas.

Vacations in the village were replaced by travels abroad

The fact that the residents of Lithuania got fed up with unpredicted holidays, when the planning of a trip begins at the last minute, is also confirmed by representatives of travel agencies. "Last summer, only very expensive trips or the last-minute travel deals that were not very attractive were left, as the best trips were booked out in advance. This has encouraged more travellers to start planning their trips in advance, therefore this year we already have a completely different picture. People started to largely plan their summer holidays for this year during October - November 2017 and are reserving winter trips during spring. Only weekend trips are usually booked spontaneously, after finding airline tickets for a good price", says Vilija Skaudžiuvienė, sales and marketing supervisor of the travel agency Baltic Clipper.

According to V. Skaudžiuvienė, another striking trend is that more and more customers are travelling not one, but a few times per year. "The average price of a trip remains the same, but those who can spend more on travelling do not choose a more expensive trip, but rather the possibility to travel abroad several times a year. We also noticed that people are travelling in groups with their parents more often. You can say that the former traditional part of holidays - in the village with parents - was replaced by travelling with parents to foreign countries", says Baltic Clipper sales and marketing supervisor.

The most active travellers are women

Most of the travel loans, 68.25%, were granted to women. The most active of them are women 40 - 50 years of age, accounting for one quarter of all travel loans. Loans requested by men are bigger and reach 1013 EUR, while an average loan requested by women reaches 920 EUR.

The biggest loans, with an average of 1555 EUR, are requested by men, 30 - 40 years of age. The average loan of women, who belong to the same age group, reaches 777 EUR. "Of course, this does not mean that men are choosing more expensive trips, because several trips can be booked with one loan, so it is likely that some of these loans are familial", says T. Žilinskas.

When classifying clients according to their place of residence, urban residents are most likely to take out travel loans and accounted for 86% of the entire portfolio of this service.

Holiday travel by air: incidents of luggage damage increase by one third

According to insurers, the number of claims due to delayed, lost or damaged luggage grew by one third...