(3)
BNS
aA
The Migration Board of Vilnius County Central Police Commissariat has refused to issue a passport with a letter w in the last name of a Lithuanian woman who married a Belgian and received a marriage certificate with the new last name. 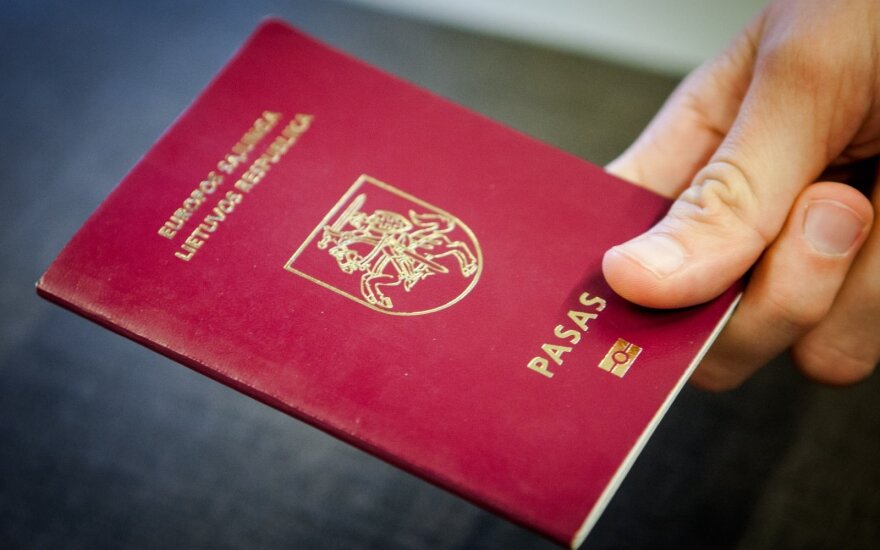 Paulius Radvilavičius of the commissariat told BNS on Tuesday that the refusal is in line with current laws.

"We can confirm that, after the court ruling to enter non-Lithuanian characters into the marriage certificates, (…) citizens have turned to the Migration Board of Vilnius County Central Police Commissariat with applications to issue personal identification documents with non-Lithuanian letters, however, the applications are now rejected, as this is not allowed by current laws," Radvilavičius said.

Under Lithuanian laws, first and last names of Lithuanian citizens should be spelled in official documents in Lithuanian characters only.

On July 30, a Vilnius court ordered Vilnius Registry Office to change the marriage certificate of a Lithuanian woman married to a Belgian and spell her name with a non-Lithuanian letter w – Pauwels rather than Pauvels. The registry office executed the court order.

Later this automn, the parliament should address amendments on original name-spelling. The parliament's Committee for Legal Affairs suggests allowing letters of the Latin alphabet in the spelling of Lithuanian citizens' first and last names in documents, if they are spelled this way in the source of the document.

The alternative bill only wants the original spelling in an additional page of the passport. A group of citizens in support of the version pledge to collect 50,000 signatures to have the bill discussed at the parliament.

Polish politicians in Lithuania and their supporters in Warsaw have repeatedly urged Lithuania to allow the original Polish spelling of Polish names in documents, for instance, the use of the letter w. Supporters of the amendments say they would be important for Lithuanians married to foreigners.