BNS
aA
Robertas Povilaitis who lost his father during the Soviet aggression in Vilnius on January 13, 1991, has turned to the Lithuanian Prosecutor General's Office, calling for a more active investigation of the liability of the Soviet Union's then leader Mikhail Gorbachev. 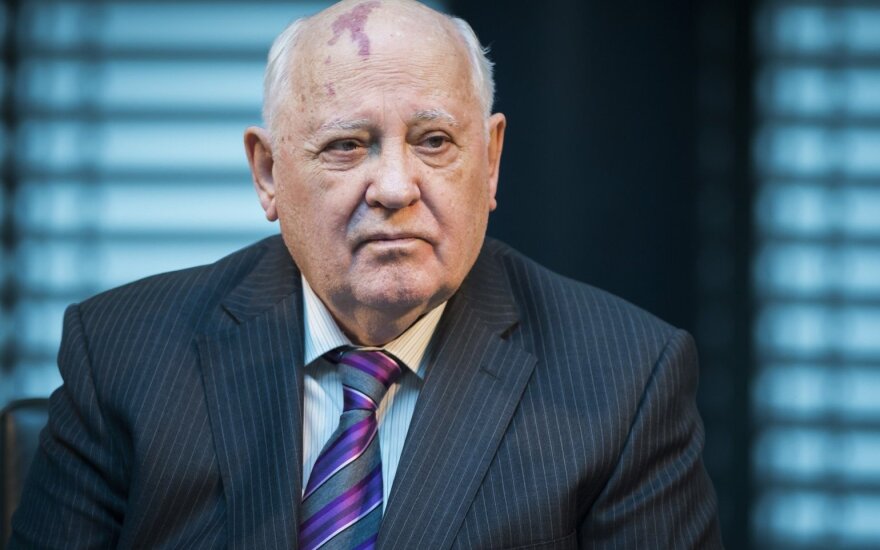 Povilaitis, a known psychologist, submitted the request shortly before the prosecutors intended to hand the case against 69 suspects to court.

"We are asking the Prosecutor General's Office to review the evidence and consider the status of a special witness for Gorbachev," Povilaitis told BNS.

Under Lithuanian law, the status of special witnesses is given to individuals who may be involved in a crime, but there is no sufficient evidence to bring suspicions against them.

Lithuanian prosecutors have already asked Russia to interview Gorbachev in the January 13 case, but said back in January 2012 that that Russia had refused.

"By participating in the interview, Gorbachev could help solve the war crimes and crimes against humanity, therefore, I, as a victim, urge him to come to Lithuania and testify in the case. If he is a person of honour who has nothing to hide, he should agree to come and, by participating in the interrogation, help prosecutors establish the circumstances of the war crimes," Povilaitis told BNS.

Rita Stundienė, spokeswoman for the Prosecutor General's Office, said the plea had been received and was being processed.

Last November, prosecutors said they had finished the pre-trial investigation in connection to 69 suspects who are citizens of Russia, Ukraine and Belarus, including many who are currently outside of Lithuania and will probably stand trial in absentia. The indictment is being finalized and should soon be handed to court.

Povilaitis' father was one of the 14 people who were killed when Soviet Union's military units attacked the Vilnius TV Tower and the Radio and Television Committee Building in early hours of January 13, 1991.