(1)
BNS
aA
The Radio and Television Commission of Lithuania (RTCL) decided on Wednesday to demand that two Russian TV channels acknowledge that several of their programs spread biased information. Otherwise, the Lithuanian TV and radio watchdog will initiate a complete ban on broadcasting of the two Russian channels in Lithuania. 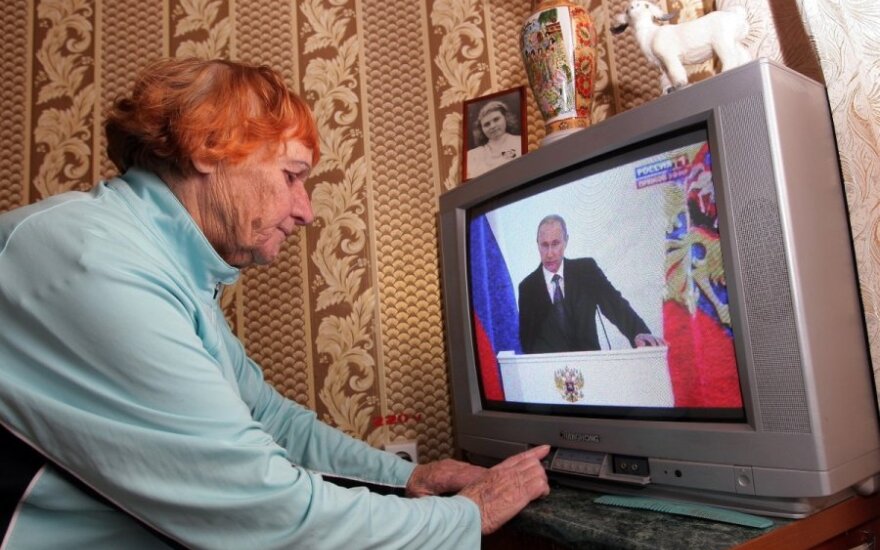 The RTCL's decision comes after the Russian-language RTR Planeta aired the program "Saturday News" on Nov. 15 and the NTV Mir Lithuania aired the program "Today" on 23 November. Both programs violated journalists' ethics. The RTR Planeta program reported about Russian President Vladimir Putin's visit to Australia, and the NTV Mir Lithuania's program reported about the ongoing situation in Ukraine.

"If negotiations with the TV channels do not take place and violations continue (…), then we'll go through all procedures and we'll be able to act in a more free way," RTCL chairman Edmundas Vaitekūnas told BNS, asked when the RTCL would make the final decision on halting broadcasting of the two channels.

In his words, if the RTCL's negotiations with the TV channels fail, and the European Commission is notified about the violations, the RTCL will be able to make the final decision without court sanctions.

The RTCL believes the mentioned programs failed to comply with the impartiality principles of journalists' work, were based on non-factual information, consciously created a biased context and evaluations and also spread propaganda.

Presenting the position of Lithuanian Journalist Ethics Inspector Zita Zamžickienė, her adviser Deividas Velkas told the RTCL meeting that in the RTR Planeta and NTV Mir Lithuania programs, Ukraine's legitimate government is described in a negative and diminishing manner. In and in terms of the ongoing events in Ukraine, it is constantly stressed that "Ukrainian armed forces and not separatists" are using guns against Ukrainian people. Meanwhile, any context favorable for Russia is beyond criticism.

According to RTCL chairman Vaitekūnas, while imitating the banning procedures due to repeated violations, the RTCL will also notify the European Commission and hold parallel talks with the two Russian channels.

"We would want them to acknowledge that their information was biased, and to issue a public apology," Vaitekūnas said, adding that if talks with the TV channels failed, their broadcasting would be banned for up to a year.

Most people in Lithuania take a look at the news at least once a day, a survey shows. They use...

Lithuania's President Dalia Grybauskaitė stated on Wednesday that a dialogue with Russia is...