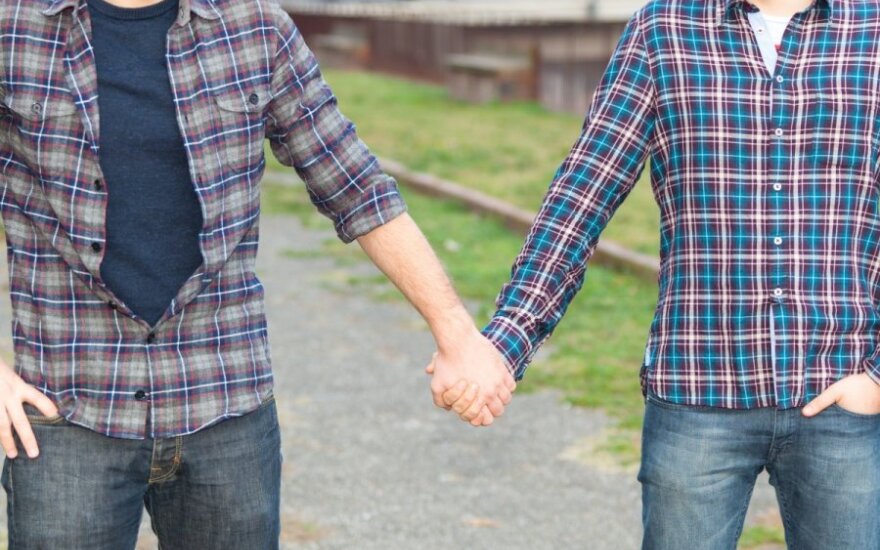 "The video contains elements that need to be evaluated by experts. It will happen not earlier than September," Zita Zamzickienė told BNS on Wednesday.

TV stations refused to air the video, saying that it might breach the Law on the Protection of Minors Against the Detrimental Effect of Public Information. The law defines as detrimental any information "which shows contempt for family values, encourages the concept of entry into a marriage and creation of a family other than the one stipulated in the Constitution of the Republic of Lithuania and the Civil Code of the Republic of Lithuania".

Related articles
Lithuanian government rejects proposal to link definition of family to marriage
Opinion: Waiting for the barbarians, or why fairytales get censored in Lithuania (I)  (1)

The video names stereotypes about LGBT people, shows moments of the life of same-sex couples, presents figures showing that only 12 percent of people in Lithuania say they know at least one gay, lesbian or bisexual person. According to the video, "the remaining 88 percent also know such people, but do not realize that".

The video features a guy wearing a T-shirt with words "For Family Diversity", and there's also a caption "Family is Family" under a rainbow flag. The video, commissioned by the Lithuanian Gay League, has been made available available on YouTube.

Vladimir Simonko, leader of the Lithuanian Gay League, told BNS on Wednesday that Lithuania's major TV channels, LNK, TV3 and Lietuvos Ryto TV, had been approached about airing the video. LNK ignored the request completely, Lietuvos Ryto TV advised to have the video amended and TV3 demanded the inspector of journalist ethics' conclusion that the video did not breach the law.

"With this social ad, we wanted visibility, integration and dialogue, we wanted to spread a positive message about LGBT people. But we couldn’t get the service even for 15,000 litas (EUR 4,344)," Simonko said, insisting that refusal to air the video constitutes a breach of anti-discrimination legislation.

Spokeswoman for the TV3 channel told BNS that the video raised some red flags because it spoke "about various family models".

"Since we have to ensure that all ads aired by our channels comply with the existing legislation, we always ask to specify and guarantee their compliance with legislation, whenever legal doubts arise. The ad speaks about various family models, we therefore asked the client to provide a clarification/confirmation by the inspector of journalist ethics as to whether the ad does not breach the Republic of Lithuania's Law on the Protection of Minors Against the Detrimental Effect of Public Information," Vaida Vincevičiūtė told BNS.

Last autumn, the inspector of journalist ethics decided that the country's national broadcaster LRT beached the law when it refused to air another video by the Lithuanian Gay League promoting an LGBT pride march. The broadcaster wanted one video aired only after 11 PM and labelled with the ‘S’ symbol, used in Lithuania to indicate adult content. Another video was to be labelled with the N-14 symbol, used to indicate content suitable only for those over the age of 14, and to broadcast it only after 9 PM.

Experts from the Office of the Inspector of Journalist Ethics then ruled that the only element in breach of the minors' protection law was a young man wearing T-shirt saying "For Family Diversity".

The Government of Lithuania has rejected proposed amendments, which are now being discussed in...

Opinion: Waiting for the barbarians, or why fairytales get censored in Lithuania (I) (1)

LBTQI Sapfo Fest: "To be out and proud is the long-term goal" (2)