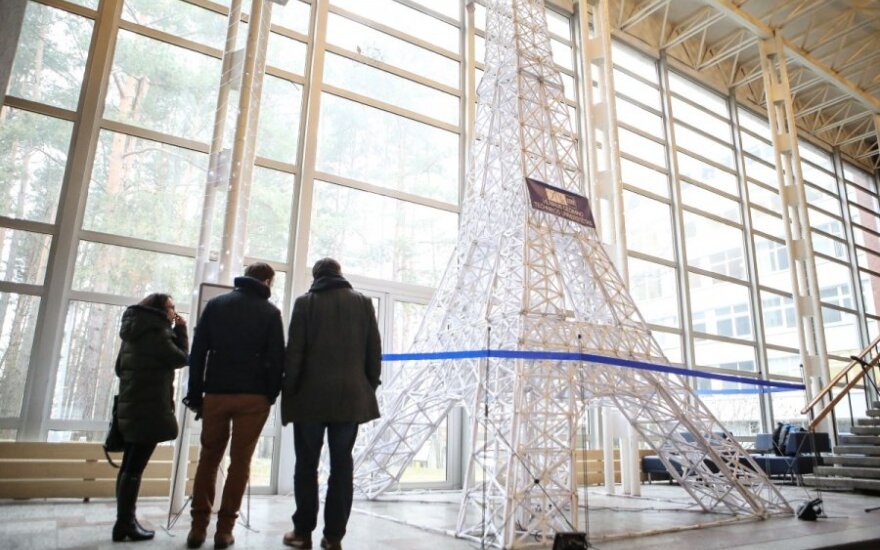 The Lithuanian version of France's most recognized sight is 8.58 metres high and 3.42 metres wide, made entirely from paper rolls. The structure is a candidate to enter the Lithuanian records book as the tallest Eiffel Tower paper layout.

VGTU student engineers constructed the piece to mark the 125th anniversary of the Eiffel Tower.

"I am very glad that now the Eiffel Tower in Paris is not the only one in the world. Congratulations to everyone who contributed to this unique project," said the ambassador.

VGTU students used almost 16,000 sheets of paper and 2,500 screws for building. The team of 40 students have been working on the layout for about 1,050 hours, the university said in a press release.

The actual Eiffel Tower in Paris is 324 metres tall and weighs 7,300 tons. However, its weight load is just around 90 kilograms - like that of a man sitting in a chair.