the Lithuania Tribune
aA
Lithuanian politician-businessman Antanas Guoga has pledged to give a job to Abdul Basir Yoususi, an Afghani refugee who caught the nation's attention last week with a youtube video where he asked, in Lithuanian, for a refuge in the country. 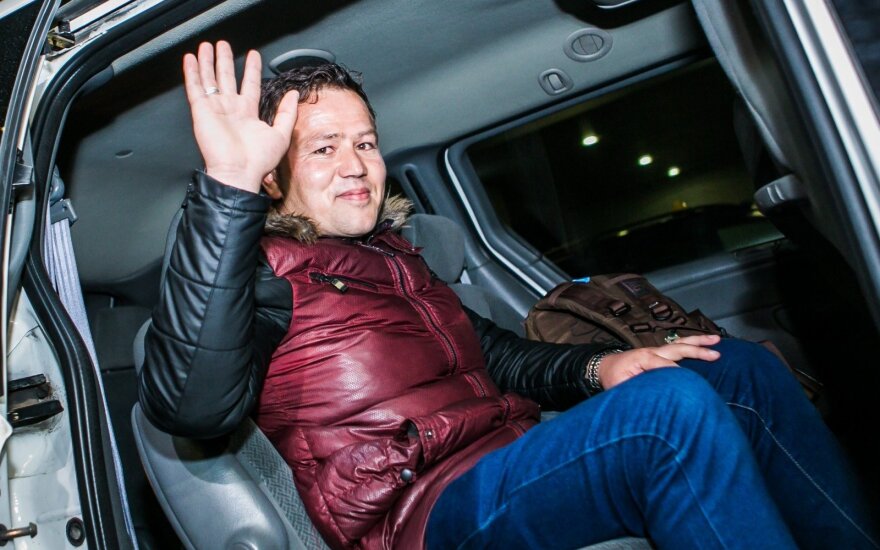 Yoususi says he had to flee his country for fear of persecution by Islamist militants. His plea reached Lithuania from a refugee camp in Greece.

The Ministry of National Defence immediately confirmed that Abdul had indeed worked with Lithuanian troops and issued a short-term visa which allowed the Afghani to arrive in Lithuania and ask for asylum.

Related articles
Afghan interpreter arrives in Lithuania after Youtube plea
Basir, the Lithuanian-speaking refugee, may be granted asylum by Lithuania

And now Guoga, who is a liberal member of the European Parliament, has promised to find Yoususi a job at his resort.

"I want to help Basir. I will offer him a job so he can integrate, work and make some money in Lithuania," Guoga wrote on his Facebook page. "I have informed the Migration Department and the director of the Refugee Centre in Rukla that I will find at least a temporary job at TonyResort for the summer."

"Obviously, Basir, who was interpreting for Lithuanian troops in Afghanistan, is not in the mood for lying around on a couch," Guoga added.

Yoususi landed in Vilnius on Wednesday night and was given accommodation at the Refugee Reception Centre in Rukla, central Lithuania.

He has asked for asylum in Lithuania and the Migration Department is currently considering whether to grant the man legal protection or refugee status.

Yoususi says he has a wife and a two-year-old daughter who stayed behind in Afghanistan.