DELFI EN
aA
Lithuanian food producer Samsonas has decided to discontinue using the "Soviet" brand on a line of its meat products. While the decision was welcomed in Lithuania, it caused quite a stir in Russia. 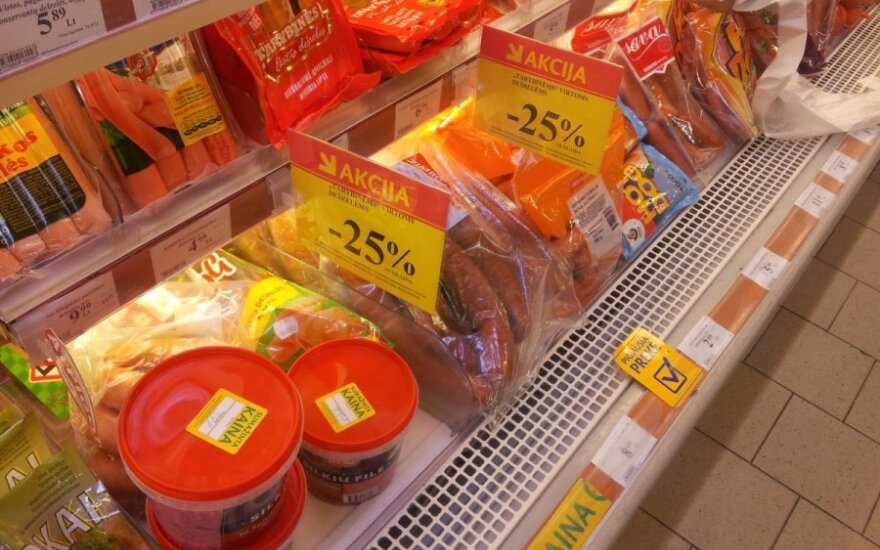 DELFI reported on Samsonas' decision to scrap the "Soviet" brand on Monday and the story was picked up by a number of Russian media outlets, some of them giving it a very political reading.

The lead of the story claims that "fierce patriots had it their way: 'Soviet' sausage brand taken out of use".

The news agency thinks there is a link to the recent visit of Ukraine's culture minister in Lithuania. The Lithuanian "patriots" are allegedly working to help Ukrainians get rid of their Soviet past.

"Patriotically-minded Lithuanians, elated by praise delivered by their Ukrainian friends, decided to arrange for a new occasion to surprise their high-ranking guests from Ukraine. They will teach the Ukrainians how to conclusively and irreversibly defeat the 'soviet past'. They need to erase from the subconsciousness of their compatriots not just the images of former leaders, but also the flavours of Soviet products without preservatives and emulsifiers. They don't need Soviet sausages or hams. The next one to go will probably be condensed milk with white-blue label called 'Nostalgia'," according to RIA Novosti.

Piterburger.ru claims that the reason for changing the name of "Soviet" sausages was political incorrectness. Another online platform, Argumenty i Fakty, thinks there are geopolitical reasons behind the re-branding, as do many other Russian media outlets. The story about "Soviet" sausages from Lithuania made its way into most major Russian publications.

Alfredas Rimidis, owner and CEO of Samsonas, told DELFI that the company did indeed decide to re-brand some of its products in response to the geopolitical climate.

"Two years ago, we carried out market research which showed that the 'Soviet' brand was associated with the company, Samsonas, and quality. We concluded that we could use 'Samsonas' brand with all of our products. And now geopolitical circumstances positively force us to do so and we feel it's our civic duty to drop the word 'Soviet'," he commented.

The company plans to start the phase-out in December.

"We will replace the products gradually. Nothing else will change, packaging design will remains the same, except the word 'Soviet'. We do not wish this to be made into a political issue, escalate things while people are suffering. We do not wish to make it into a PR moment," Rimidis says.

According to data released by the market research company Nielsen last year, 'Soviet' is the number-eight brand in Lithuania's food market.