aA
Lithuanian scientist who is tipped for the Nobel Prize is presenting his ground-breaking genome-editing technology at an international conference in Israel. 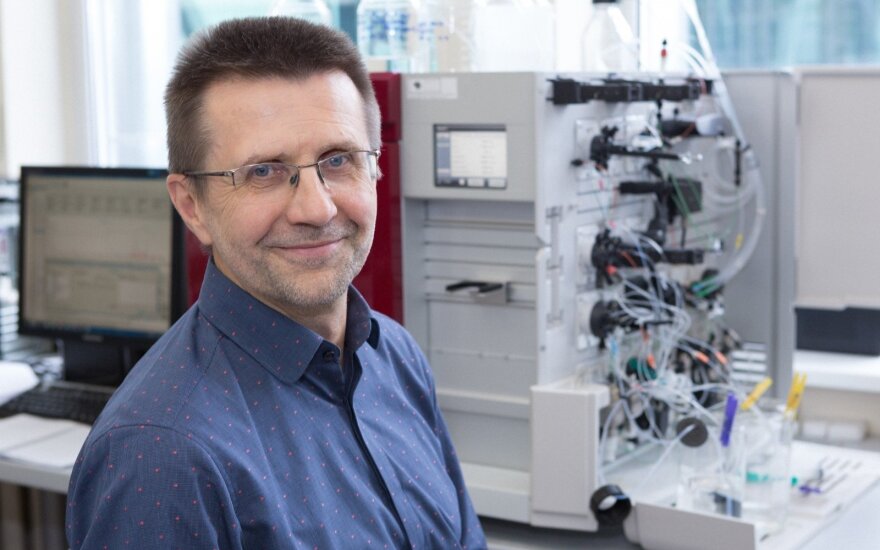 Prof. Virginijus Šikšnys will attend the international conference CRSPR2016 at the Weizmann Institute of Science on May 23-25. His lecture “Spatio-temporal control of Streptococcus thermophilus Type III-A CRISPR-Cas immunity” will be delivered during the afternoon session of the first day of the conference.

His discovery is considered a major breakthrough in the genome editing technology leading to the development of the tool that paves the way for genome editing applications in future. Among numerous advantages, this technology will be of immense importance in fighting hereditary diseases such as diabetes, as well as Alzheimer's, HIV, and many others. Moreover, this technology is extremely promising in developing new drought-tolerant and disease-resistant plant varieties which could completely eradicate alter food supply issues in countries troubled by natural disasters.

Šikšnys has coauthored more than 90 scientific publications and filed 5 patent applications. Most recently he focused on mechanistic studies of CRISPR-Cas, the newly discovered bacterial antiviral systems, and is widely credited as the first one to demonstrate programmable DNA cleavage by the Cas9 protein.

Earlier this year Prof. Šikšnys shared a prestigious award of the Warren Alpert Foundation with other 4 scientists for their remarkable contributions to the understanding of the CRISPR bacterial defense system and the exceptional discovery that it can be adapted for genome editing.

Prof. Šikšnys will be attending the Weizmann Institute conference together will his colleagues in the field, Dr. Jennifer Doudna, Dr. Emmanuelle Charpentier and Dr. Fang Zhang, all of whom are being considered as main contenders for this year's Nobel Prize.

Lithuanian professor ‘will win the Nobel prize' for genome editing

Biotechnology Institute Professor Virginijus Šikšnys will become the first Lithuanian to get the...