Lithuanian scientist nominated for European Inventor of the Year 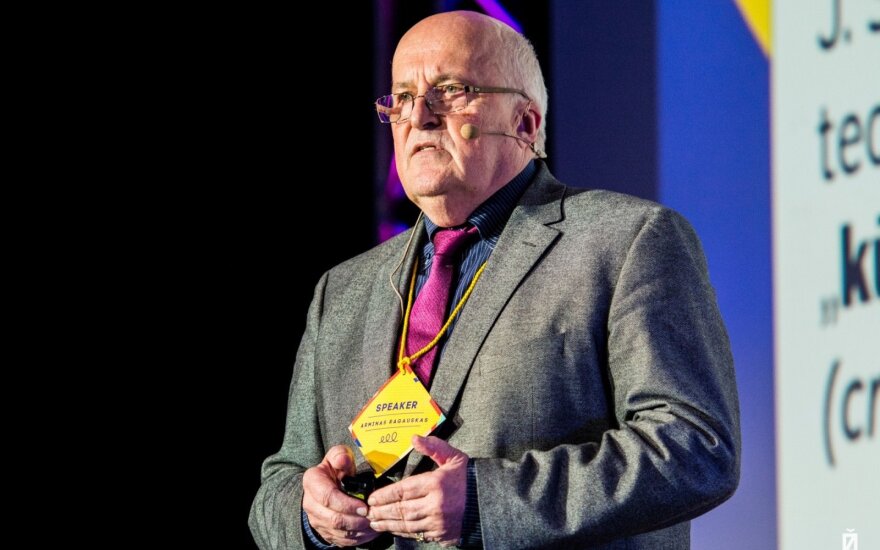 Professor Ragauskas and his colleagues scientists Gediminas Daubaris and Algis Džiugas have patented an intracranial pressure measuring method and device in the EU and the United States that is being used by NASA to test the effect of long space flights on astronauts.

“We have solved the world's neurologists‘ and neurosurgeons‘ puzzle of how to measure intracranial pressure without interfering with the human body,” said A.Ragauskas.

“The United States Army, and the US National Aeronautics and Space Administration, and a number of private companies spent tens of millions of dollars in order to create a non-invasive intracranial pressure meter. They all made a mistake, and we have corrected it. We created an eye pressure measurement method which is not affected by patient's age, his anatomy or physiological state,” said A. Ragauskas.

The technology developed by KTU researchers is already used by the US National Space Biomedical Research Institute which is investigating the long-term effect of space flight on the human brain and vision.

“Our equipment application can not only be used by the army and astronautics, but also in neurology, transplantation, cardiac surgery, ophthalmology even,” said Ragauskas.

“We have already received patents in the EU, US, Japan and other 28 countries, and entered patent applications for new inventions. The most important clinical trials have been completed in Lithuania, Switzerland, Sweden, Finland, Norway, Germany and the United States have already been completed. The results helped to get these devices EU CE mark certification, which provided an opportunity to enter the EU clinical appliance market,” said Ragauskas.

The European Patent Office has already listed 15 inventions whose creators are nominated for the 2016 European inventors of the year. There will be five winners in five categories.