Lithuanian school students are taken to Russian paramilitary camps, according to media reports

aA
Students from a Russian-language secondary school in Vilnius are being taken to paramilitary camps each year organized by the Russian army, a Lithuanian online newspaper reports. 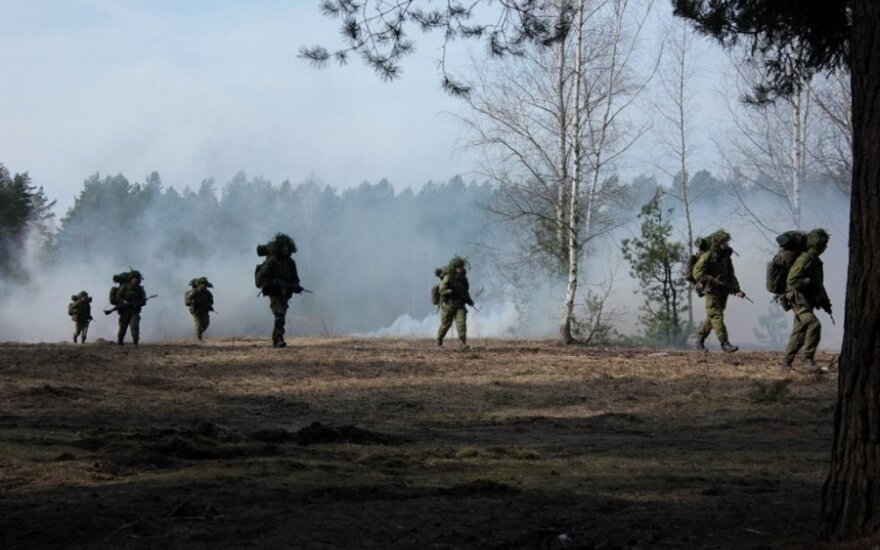 According to 15min.lt, a dozen minors from Sofija Kovalevskaja Secondary School took part in the paramilitary camp "Soyuz 2013" last year in Odessa. The group was headed by the school's Math teacher Vitalij Kuzborski.

Some students from the school also posted photos from this year's "Soyuz" camp on their Facebook and Vkontakte profiles.

Even though the event is officially described as a sports camp, 15min.lt quotes sources saying that in fact it is financed by the Defence Ministry of the Russian Federation. Officers from Russia's intelligence agencies are also involved in it, according to 15min.lt.

"Sources say that kids are taught to shoot, withstand psychological pressure and even conduct psychological operations in these camps," writes 15min.lt. Participants are referred to as "soldiers" by the camp organizers on their webpage.

According to 15min.lt, the purpose of "Soyuz" camps is to recruit students for future enrolment in Russian military academies, including Ryazan Higher Paratrooper Command Academy whose instructors regularly attend them.

The recruitment of Russian-speaking students from Lithuania is allegedly carried out by the Russian Embassy in Vilnius. 15min.lt reports that a member of the embassy's full-time staff has relatives in Sofija Kovalskaja Secondary School.

The school's headmaster Jedokija Vasiljeva confirmed to 15min.lt that students from the school did go to the camp funded by the Russian government, but insisted that it was not a military camp.

Lithuanian prosecutors have dropped an investigation into participation of Vilnius school students in...