(1)
BNS
aA
Prosecutor Saulius Verseckas of the Lithuanian Prosecutor General's Office said at the Court of Appeals on Thursday that the Labour Party's founder MEP Viktor Uspaskich should be sentenced to six years, while MP Vytautas Gapšys and Marina Liutkevičienė should receive respective conditional sentences of 18 months and one year. 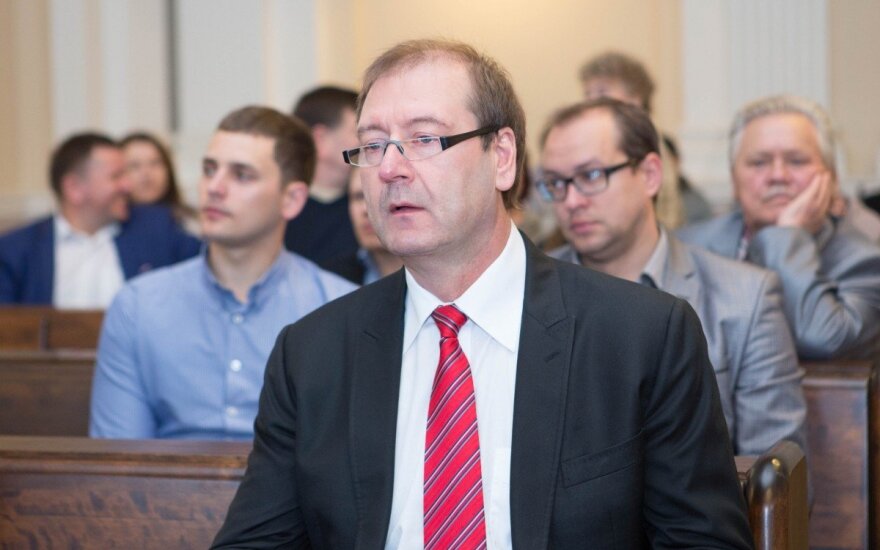 Verseckas also suggested that the Labour Party should be imposed a fine of about 376,000 euros.

In July 2013, a Vilnius court sentenced Uspaskich to four years in prison for bookkeeping fraud, while MP Vitalija Vonžutaitė was sentenced to three years. MP Vytautas Gapšys was imposed a fine of over 10,000 euros and the party's former bookkeeper Marina Liutkevičienė received a sentence of one year in prison.

Charges against the Labour Party as a legal entity were dropped after it merged with a sister party, effectively forming a new entity.

"I totally disagree with the charges. This is an order that the prosecutor is following in a diligent manner," Uspaskich told BNS at the Court of Appeals, refusing to specify the persons who gave Verseckas orders.

The politician claimed the case lacked evidence to prove his guilt.

"I do not fear the prison, I fear that everything is done without any evidence on the table," said Uspaskich.

Lithuanian MEP Viktor Uspaskich , the founder of the Labour Party who is accused of bookkeeping...